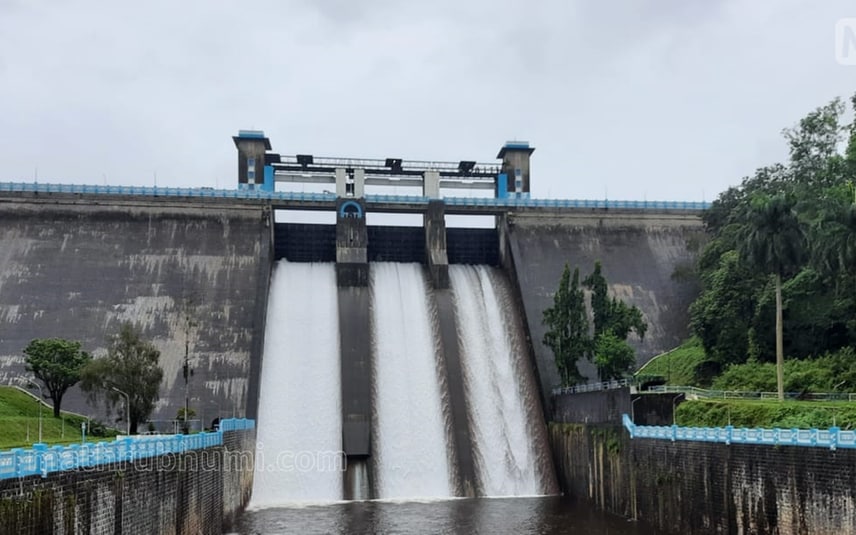 Kozhikode: Tamil Nadu will approximately lose 2 TMC (thousand million cubic feet) of water in a day from its water storage in the wake of the damaged shutter at Parambikulam dam, suggests the data revealed by an executive engineer concerned on Wednesday.

During a conversation with Mathrubhumi.com, the official said that the 12 TMC of water can be stored (upto crest level) in the reservoir and if the damage is not fixed, approximately 5 TMC of water will be lost in two and a half days.

However, the official maintained that at present the damage won’t be affecting the irrigation and supply. He also pointed out that a north-east monsoon is expected and even if the loss is significant, it can be managed from the rains.

It may be noted that the water level was 71.88 against the Full Reservoir Level (FRL) of 72 ft. The inflow to the reservoir had been just above 1,000 cusecs and TN had been discharging nearly 4,000 cusecs of water to maintain the water level at 12 TMC.

Meanwhile, according to a water department official from Kerala, it will take at least three days to fix the damaged shutter. However, the person pointed out that his statement is a preliminary assumption and experts from Tamil Nadu are expected to arrive and take a stock of the situation. It is learnt that 15,000 cusecs of water is coming out of the snagged shutter while the release from the other two shutters is regulated.