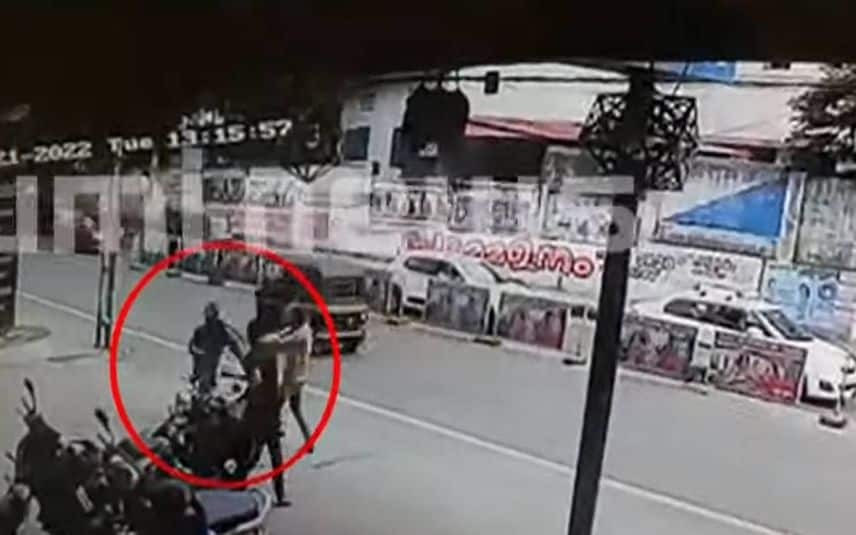 Palakkad: CCTV footage has confirmed thatyouth who breathed his last at the district hospital here was attacked by a man near the Victoria college here on Tuesday. The visuals revealed a person who reached on a bike thrashed Anas to death with a cricket bat. The accused has been identified as Firoz.

It has been alleged that Firoz attacked Anas as a retaliation for the events which took place after the latter misbehaved with some girl students residing at the hostel of Victoria college. Firoz and some others questioned Anas for his misbehaviour with the girls and reacting to this Anas similarly provoked them.

The incident happened when Anas was walking along the roadside. Firoz, who reached on a bike attacked Anas. The visuals revealed that Firoz hit Anas on his head twice with the cricket bat. The attacker himself took Anas to the district hospital by autorickshaw when he fell unconscious. Firoz was accompanied by another man, who rode the bike. They informed the hospital authorities that Anas was injured after being hit by an autorickshaw.

However, the North police found that the statement given by Firoz over the accident was false and later took him into custody. Firoz confessed that he had thrashed Anas' head with a cricket bat, but he never intended to kill him. The hospital authorities have confirmed that the severe blow on the head had led to the death of Anas.

It has been alleged that the man who accompanied Firoz is his brother and he is a police officer. Hence, the police department had not revealed any further details about the incident to the media and arrested only Firoz in the murder case. The CCTV visuals of the attack came out with the intervention of the media.