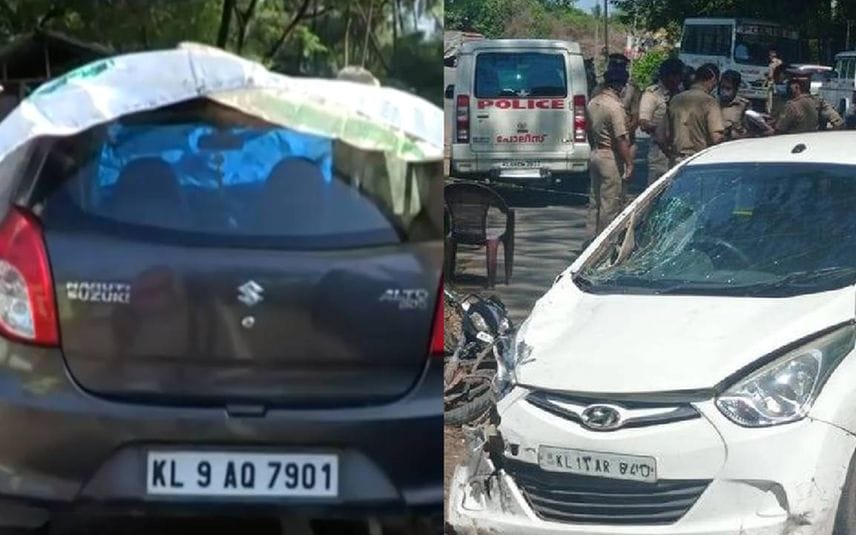 The cars recovered from Walayar and the crime scene | Screengrabs

Palakkad: Arumughan, father of slain RSS leader Sanjith, said he has no idea about the car allegedly used by the assailants of Subair, an SDPI leader who was hacked to death here on Friday. Police said that the car used by the murderers of Subair belonged to Sanjith.

Subair was hacked to death at Elappully by an unidentified group. They hit Subair's bike and escaped in another car after hacking him.

Arumughan said that the car was in a workshop even before the murder of Sanjith in November 2021. The family did not bother to inquire about the car after his death.

“I had asked Sanjith about the whereabouts of the car. He said it was in a workshop for repair works. He did not name the workshop,” Arumugham said.

According to reports, the car that was used by the attackers to escape from the crime scene, was handed over to Aliyar three years ago by its owner Kripesh. Enquiring about the car, Aliyar said it was rented to Ramesh, a local BJP leader.

Kozhikode registered KL 11 AR 641 car was recovered from the crime scene. The assailants abandoned the car after the crime.

Meanwhile, police located the car in which the attackers fled from the scene on the Walayar border. Police have intensified search for the murderers. Crime Branch DySP Shamsudheen is heading the probe team.