The funeral will be held on Saturday evening after the public homage at Elappully. 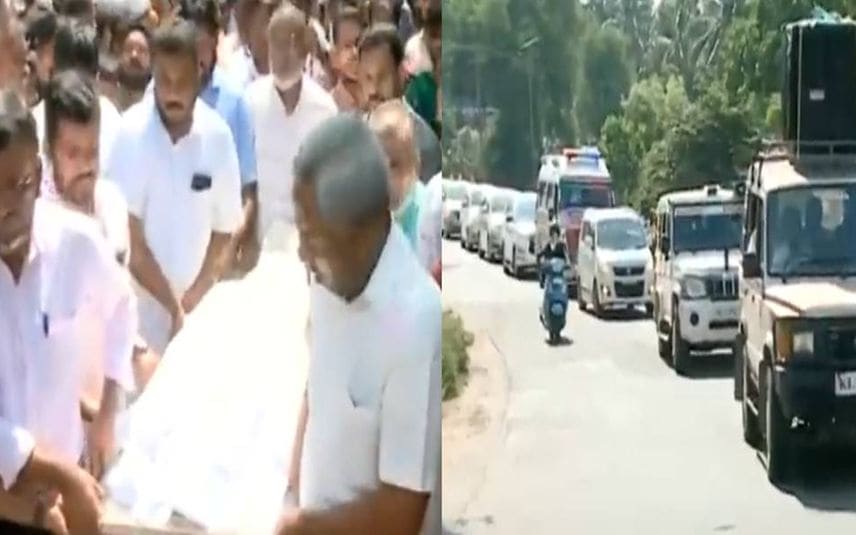 Palakkad: Sources close to police reported that four people have been taken into custody in connection with the murder of SDPI activist Subair at Elappully here. According to reports, police nabbed Jineesh, Sudarshan, Sreejith and Shaiju. The four are named as accused in the attack on Popular Front activist Sakeer Hussain. It is learnt that the four obtained bail a month back.

Amidst this, Subair’s mortal remains were taken to Elappully after post-mortem at Palakkad district hospital. Many SDPI-Popular Front activists participated in the mourning procession from the hospital. A police force also escorted the procession.

Subair, 43, was allegedly hacked to death at Elappully in the district while he was returning home after offering prayers in a mosque on Friday afternoon.

The funeral will be held on Saturday evening after the public homage at Elappully.

Meanwhile, police have strengthened the security in the district in view of the two murders within 24 hours. More police force will be deployed to maintain law and order. Three companies of police have started to Palakkad.

ADGP Vijay Sakhare who is in charge of law and order is expected to reach Palakkad soon.