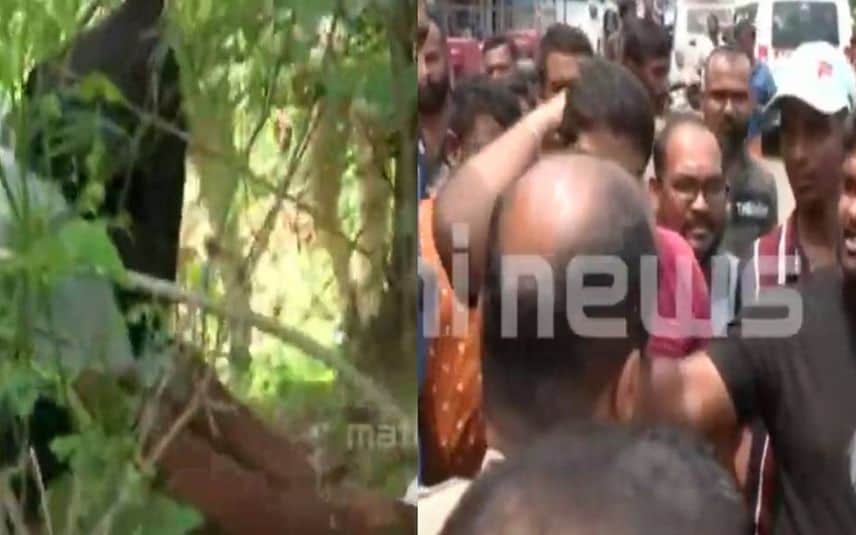 Palakkad: In a major development in the probe into the murder of RSS leader Sreenivasan, the investigation team has recovered a weapon used by the accused. The police officials carried out the evidence collection here on Wednesday

Abdu Rahiman and Firoz who were arrested on Tuesday were also taken for the evidence collection. The probe team recovered the weapon used by Abdu Rahiman to commit the murder. The weapon which is a machete was found from an abandoned land near 5th Mile at Kallekkode. The accused disposed the weapon after covering it on a plastic bag.

According to police Abdu Rahiman and Firoz who are in custody are among the six-member-gang who hacked Sreenivasan to death.

The probe team also carried out evidence collection at Mangalamkunnu where the accused reportedly disposed their clothes.

So far, 13 SDPI-Popular Front activists were arrested over the murder of Sreenivasan. Three people who are directly involved in the crime were also nabbed by the police.

RSS leader Sreenivasan was hacked to death on April 16. It is learnt that he was killed as a retaliation of the murder of Popular Front leader Subair on April 15.
Police had formed special investigation teams to probe the two cases and ADGP law and order is heading the teams.