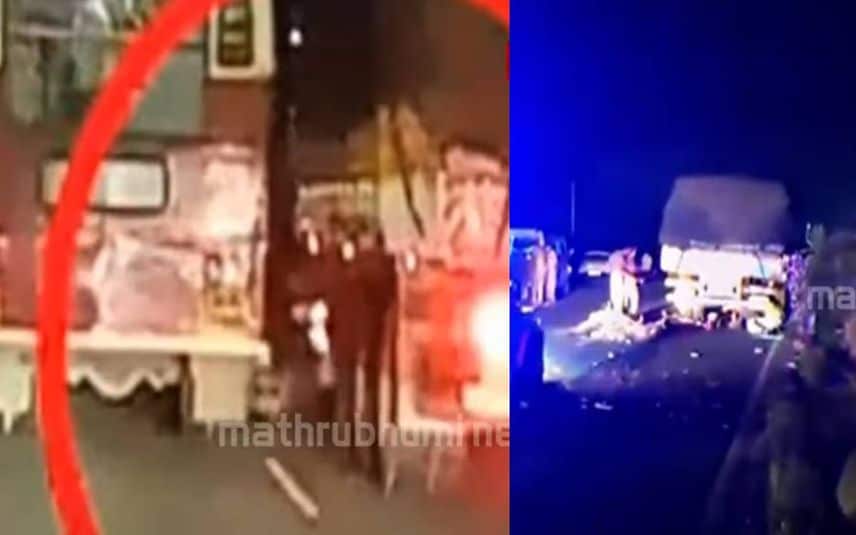 Palakkad: The driver of the KSRTC bus which recklessly drove and killed two youth at Kuzhalmandam in Palakkad has been booked with non-bailable charges. KSRTC driver CL Ouseppe was charged under Section 304 of the IPC. The non-bailable charge was registered after examining the statements of the three eyewitnesses and the CCTV footage of the accident.

Earlier, police arrested driver Ouseppe under Section 304A but released him on station bail. Adarsh's father Mohan had lodged a complaint alleging the bus driver had deliberately killed his son. Further investigation was based on this.

The incident happened on February 7. The KSRTC bus was coming from Palakkad to Ernakulam and on the way collided with the bike. The deceased have been identified as Adarsh ​​Mohan (23) of Kavissery, Palakkad and his friend Sabith (26) of Kasaragod. Many people have come out against the driver for his reckless driving.

Following this, KSRTC suspended CL Ouseppe, a resident of Pattikad, Thrissur, for negligent driving. He was later arrested. The accident scenes were received from the dash camera in a car coming behind the vehicles.