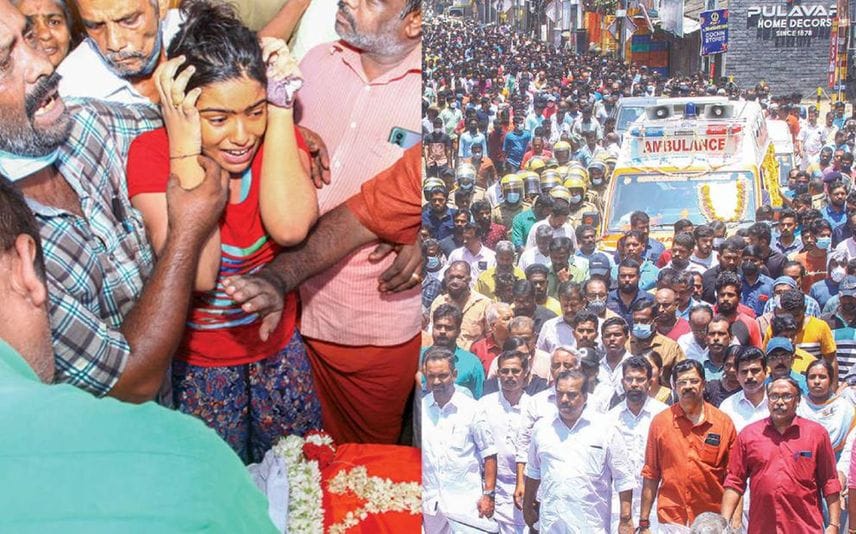 From the funeral procession of RSS leader Sreenivasan

Palakkad: The arrest of a few people who are taken under custody in relation to the Palakkad twin murders may be recorded today. Police have been examining the phone calls of the arrested persons.

Police have been informed that the culprits in Sreenivasan murder case are residents of Palakkad itself. A probe focusing on the vehicle numbers is progressing. Several allegations are being raised against the investigation team as they could not arrest any accused in the RSS leader’s death. However, police claimed that they are intending to nab the real accused and affirmed that the arrests will be carried out soon.