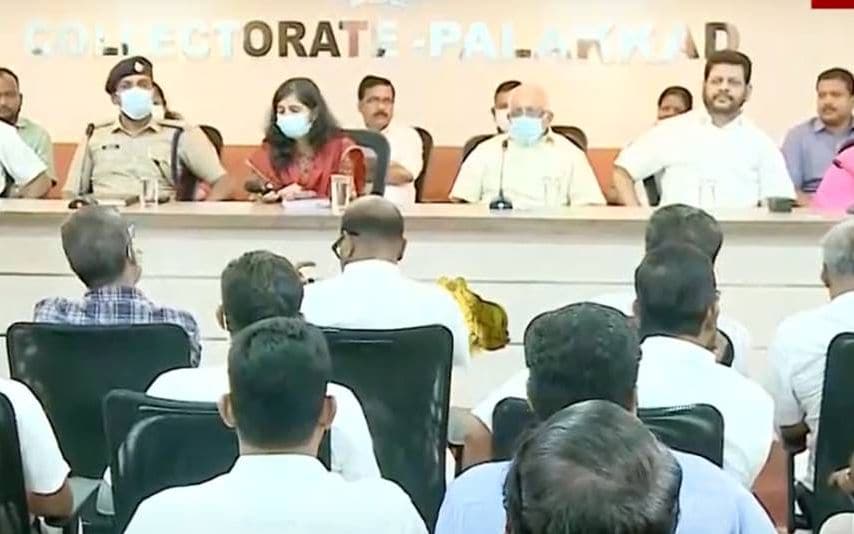 Palakkad: BJP has boycotted the all-party meeting organised at Palakkad Collectorate in the wake of the murder of SDPI and BJP activists in the district. BJP leaders alleged that the meeting is just a farce and walked out of it.

They also pointed out the inefficiency of the police in the investigation into the case. The meeting was summoned to ease the tension between the political parties.

BJP state general secretary C Krishnakumar stated the meeting was a farce and is meaningless.

The leaders claimed that BJP has not taken any stand that disrupts peace in the district. They pointed out that police have not arrested all the accused in Sanjith murder case so far.

"The police are fully responsible for Sreenivasan's murder. No action was taken on the part of the police despite warnings of an attack. This is the reason for boycotting the meeting," they said.

They alleged that the police is not able to arrest the culprits despite the murder occurring in broad daylight.