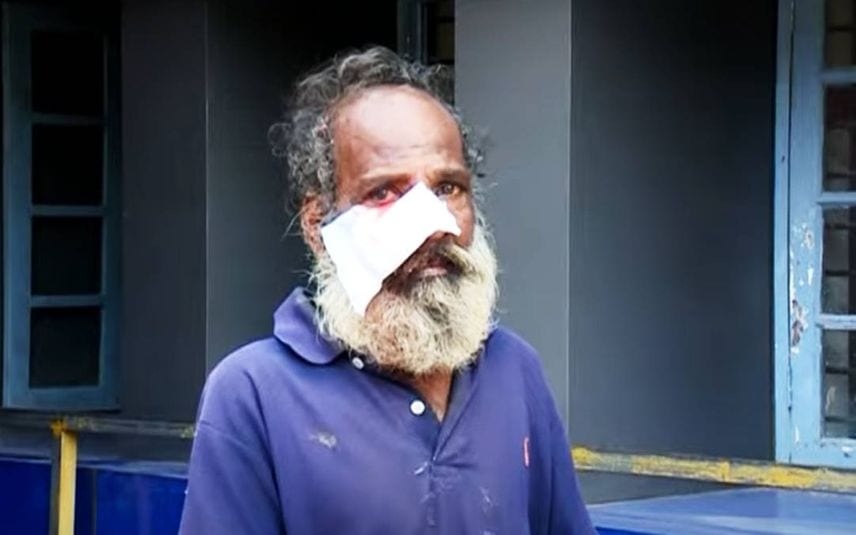 Palakkad: A man from Kakkayur suffered dog bites while saving another person from the attack. Vayyapuri sustained severe bites on his face and was hospitalised.

Vayyapuri lost a part of flesh on his face while he was trying to save his neighbour from the attack. The dog reportedly jumped on him and ripped the flesh.

According to doctors, it is almost impossible to suture the wound. Meanwhile, two others in the nearby Koduvayur region also suffered stray dog bite.

The incidents from the locality suggest that the government’s initiatives to curb stray dog menace are not turning effective.