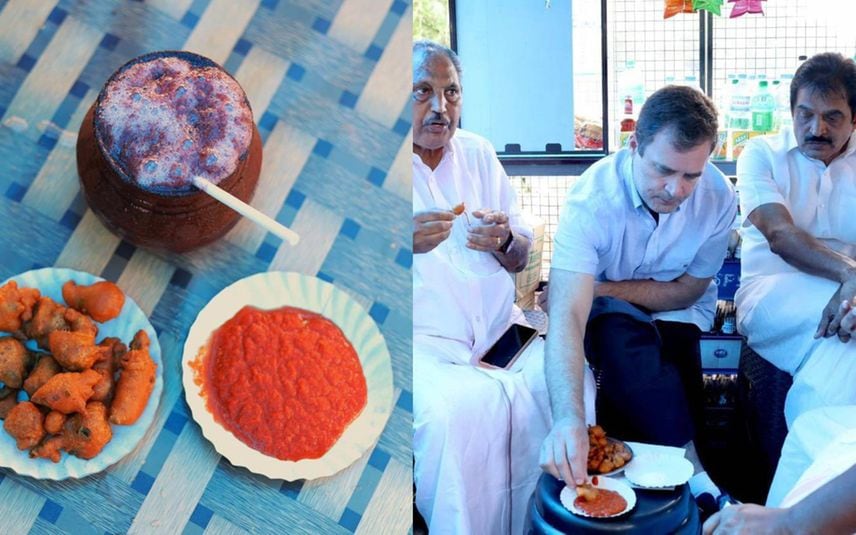 Wayanad: Congress leader MP Rahul Gandhi who is on a three-day tour in his constituency enjoyed some local delicacies in the district. On Saturday, he visited SS Cool House in Koliyadi here and filled his appetite with Pakkavada, Chammanthi and Wayanadan Kudam Kulukki Sarbath.

Rahul took to his Twitter page and shared his happiness on enjoying some good food in Wayanad.

He also shared some pics clicked at the eatery.

Rahul Gandhi arrived here on Friday on a three-day visit to his Lok Sabha constituency, Wayanad during which he will attend various programmes, including the inauguration of a farmers' bank's building and a UDF Bahujana Sangamam.

Massive security arrangements were in place for Gandhi's visit which came amid tension in the state over the alleged attack on AKG Centre, the headquarters of ruling CPI(M), in Thiruvananthapuram.