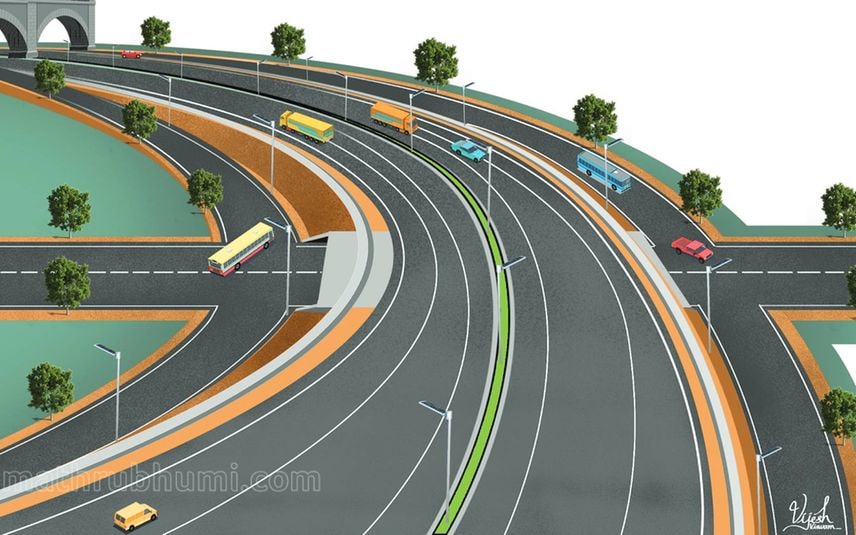 Minister for Public Works Department, PA Mohammed Riyas informed that the department will speed up the developmental projects with the launch of the project. He also said that the state would bear 50 per cent of the expenditure of land acquisition procedure.

The Ministry of Road Transport and Highways has directed the National Highways Authority of India to make preparations for executing the project. Minister Riyas said that the development of the road on a stretch of 80 kilometres from Vizhinjam Port to the Kollam border will be useful to Thiruvananthapuram district and the state.

Thiruvananthapuram: Indian Meteorological Department has forecasted isolated heavy rains in the next five days in the state. Further, IMD sounded a yellow ..

Kochi: The Kerala High Court here on Friday directed the Kerala University of Health Sciences (KUHS) to find a solution for the students who were unable ..

Thiruvananthapuram: A group of youth blocked a KSRTC bus at Vellanad here and attacked the bus employees. Police have taken four people into custody here ..

Kochi: A voice clip of Actor Dileep speaking with his close friend Baiju has come out in connection with the actress attack case. The voice believed to ..

Kozhikode: A young man and woman were found dead on a railway track at Koyilandy here on Friday. The deceased are identified as Rineesh and Shiji of Kollam ..

New York: External Affairs Minister S Jaishankar expressed grief at the killing of a 21-year old Indian student in Toronto who succumbed to his injuries ..

Kochi: The Crime Branch team probing the 2017 actress attack case has served a notice to actress Kavya Madhavan asking her to appear for an interrogation ..