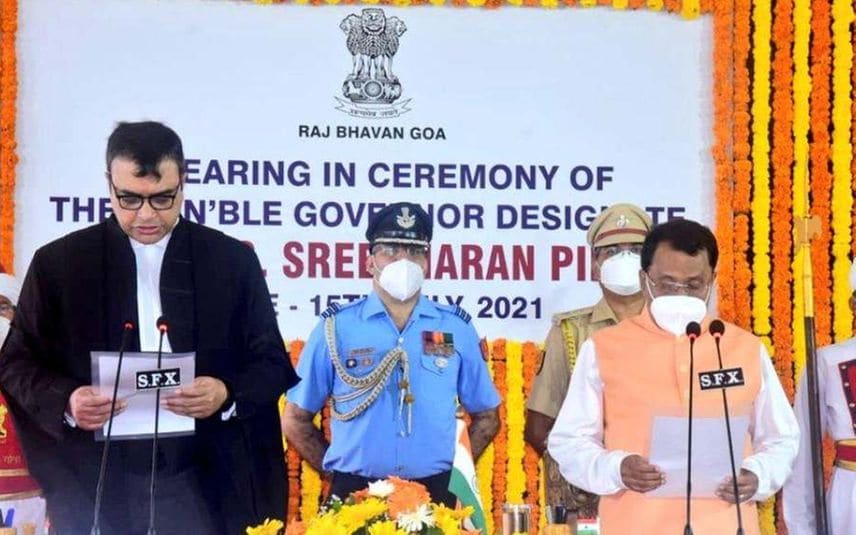 The Oath of Office was administered to Sreedharan Pillai by Chief Justice of Bombay High Court Justice Dipankar Dutta in the presence of Chief Minister Pramod Sawant.

Sreedharan Pillai was appointed as the Governor of Goa on July 6 by President Ram Nath Kovind in the major Union Cabinet reshuffle and replaced Bhagwat Singh Koshyari.