The police prevented the MPs from entering the protest venue. The officials however did not explain why the MPs were stopped. 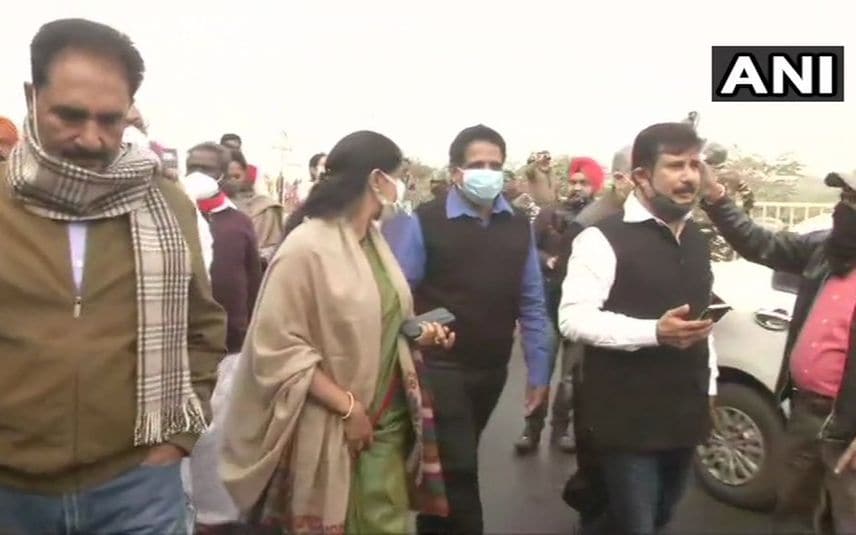 A team of 15 MPs representing 10 parties, including Supriya Sule (NCP), Kanimozhi Karunanidhi (DMK) and Thol Thirumavalavan (VCK) along with N. K. Premachandran and A. M. Ariff had gone to the protest area.

The police prevented the MPs from entering the protest venue. The officials however did not explain why the MPs were stopped.

Reacting to the incident, N. K. Premachandran said that it was a warlike situation in Ghazipur.

“There is enough preparation to counter an army including barbed wire barricades and concrete blocks. Nobody can enter the protest area. Such a situation has never happened in the history of our nation. The government is resorting to undemocratic activities by preventing the MPs from visiting the area,” he said.