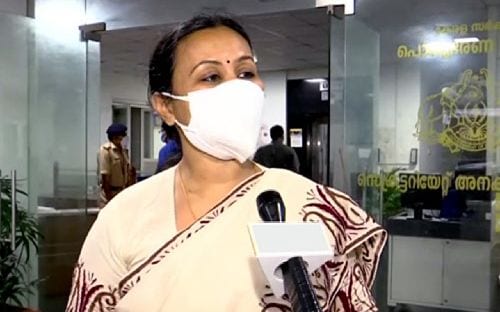 Thiruvananthapuram: Health minister Veena George and opposition members engaged in a verbal spat in the assembly. The argument started when the minister was responding to the adjournment motion notice presented by deputy leader of opposition M K Muneer.

The health minister claimed that the death toll in Kerala is the lowest in global level. Veena George said that the matters in the notice are baseless and the government tried to improve treatment facilities to fight the second wave of pandemic. However, the opposition replied that the figures are not credible and this resulted in a verbal spat.

The opposition pointed out in the notice that the cause of death should be decided by doctors and not by management committees. MK Muneer said that the post-Covid deaths are not included in the death toll and vaccination is not carried out properly. He also said that he received first dose and did not get the second dose.

With this, opposition leader V D Satheesan and PK Kunhalikutty criticised the minister for her stand when the opposition offered all support to the government in tackling Covid situation. Following the minister's response, the Speaker denied permission for the adjournment motion.