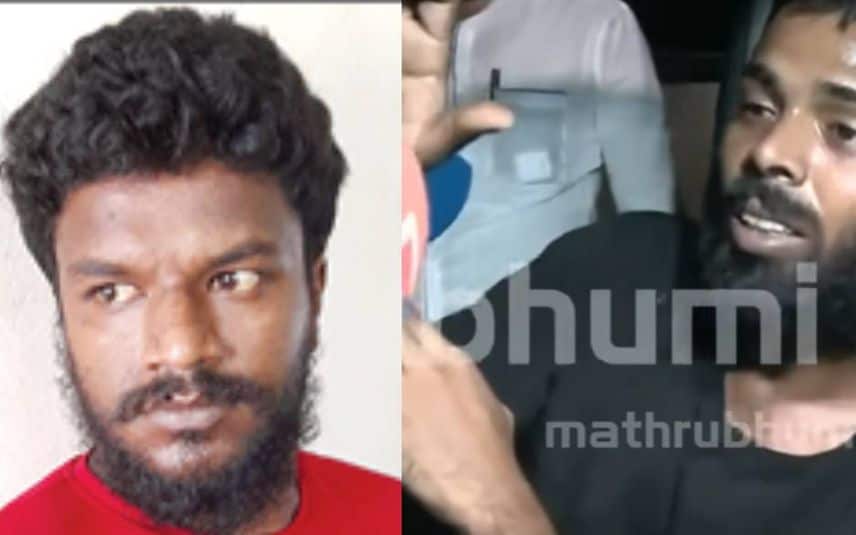 Kochi: In the alleged murder of a one-year-old girl here, Sajeev, the baby's father said that the accused in the case is his 'stepfather'. John Binoy D’Cruz is booked in the case for allegedly drowning the child to death. As per the case, John murdered Nora Maria, the daughter of Sajeev and Dixy.

Sajeev reached his house in Karukutty after getting intoxicated and raised allegations against the accused while addressing the media.

He said that John Binoy D’Cruz is his mother’s second husband.

"John has been living in my house for the last three years. He washes my mother’s clothes, washes the dishes and does domestic work at my home. I was shocked when I heard about the murder” said Sajeev.

He also said that he was the one who asked to take the child's body for a post-mortem.

Angamaly police took Sajeev into custody after he created a ruckus with the locals at his house.

They killed my child, alleges mother

The mother of the child, Dixy alleged that her daughter was killed by her husband's family.

"My husband Sajeev and mother-in-law had told me that they would not allow me to meet my child anymore. That's why they killed my daughter the day before I arrive home," Dixy said.

She said that she stopped sending money to her husband because he did not care to look after their two children properly. Her husband and mother-in-law were angry with her for this. She added that her husband and his mother used to physically assault her.

Dixie said that she was threatened by her mother-in-law Sipsi and John Binoy D'Cruz. Mathrubhumi News had released the audio clip of the threat. The children were forcibly taken away from her. She moved to UAE for a job three months ago.She also said that her mother in law had used her children for crimes like ganja sale and theft. A complaint had been lodged against them for taking away the children.

Meanwhile, the body of the child was brought to the mother's house in Karukutty around 5 pm on Wednesday.