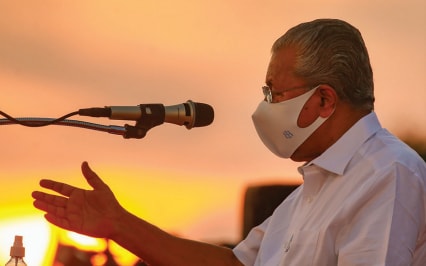 The second term began by introducing new faces of ministers except the Chief Minister. Including K-Rail, the government has projected development as its major agenda. However, the opposition claims that the 'extreme policies' of the LDF government in Kerala shows that CPM is following the path of the party in West Bengal.

The government was not deprived of controversies during this period. Muttil and Mullaperiyar tree felling were the first among them. The government confronted them by taking actions against the officials and maintaining silence in the issues.

The conflicts of the government with the governor over the appointment of vice-chancellor and the controversy behind the President’s doctorate also invited severe criticisms. Though the governor refused to sign on the ordinance which limited the powers of the Lok Ayukta, the government could soon urge the Governor to approve it.

The series of political murders in Kerala also put the government under pressure.

The recent results of bypolls witnessed LDF capturing 24 seats out of 42. When CPM improved the tally by four, Congress lost four seats. Now, all eyes are on the political battle of Thrikkakara.