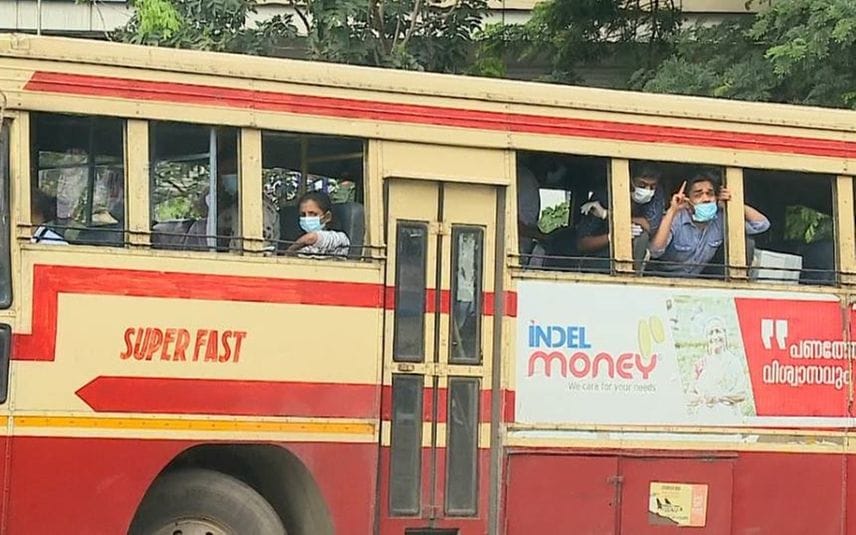 Kozhikode: The expats who landed in Kozhikode international airport in the repatriation flight got stranded in the town after the district authority failed to arrange quarantine facilities.

It is for the second time that such an incident has been reported here. The expats were forced to wait inside a Kerala State Road Transport Corporation (KSRTC) bus for 5 hours.

They landed at Karipur airport in a flight from Sharjah around 11 am on Wednesday. The expats, including natives from Kannur, Kasaragod and Kozhikode, were forced to stay inside the bus.

Following this, the expats expressed protest. Among them, only two were natives of Kozhikode. But the district authority did not arrange institutional quarantine for them. Following this, the KSRTC bus carrying the returnees was parked near the new bus stand here.

People to other districts were forced to wait inside the bus without having food expecting officials to arrange quarantine facilities for the duo.

After media personnel rushed to the spot, the bus was moved to near the KSRTC depot around 5 pm. Noticing this, other passengers and people in shops in the area protested against it.

However, the officials informed that any information on the quarantine facility for the expats will be revealed after 6 pm.

A similar issue was reported the other day also. A team of 21 members who had returned from Dubai around 7.50 am was forced to wait inside a bus for 9 hours. The officials provided a quarantine facility for them at 5.30 pm.

Responding to the delay in arrangements, the officials stated that they were unaware about the arrival of expats.