The boat capsized near the harbour. There were 16 people on board. 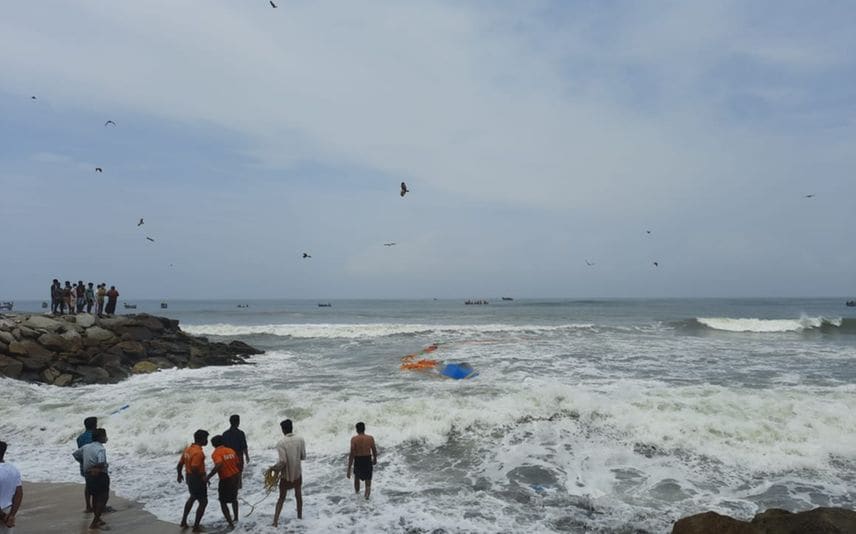 Kollam: Four people killed as a boat capsized close to the harbour in Azheekal near Ochira here on Thursday. There were 16 people on board. Arattupuzha natives Rinu, Aneesh, Soman, Riju, Biju, Kanu, Aravindan, Sunil Dath, Baiju, and Sumesh were on the boat when it capsized and were rushed to various hospitals. The bodies of the deceased will be taken to Taluk hospital in Karunagappally.

The fishing boat left from Valiyazheekkal in Kayamkulam on Thursday morning. It is hinted that the boat capsized due to high tides. However, there hasn’t been any official statement by the police on the matter so far.

Seven people rescued from the boat were admitted to the Kayamkulam Taluk Hospital. The doctors have informed that their condition is stable. Two of them were taken to a private hospital in Ochira. Others were rushed to Karunagappally Taluk Hospital.

The capsized boat was named ‘Omkara’ that was owned by an Arattupuzha native person. The fishermen alleged that the coastal police boat did not engage in the rescue operation. Alappad Panchayat President Sunil Das said that one person is still missing and that the Marine and Coastal police have intensified the search operation to find him.

Meanwhile, minister Saji Cherian announced an ex-gratia of Rs 10,000 for the family of the deceased and Rs 5000 for the injured.

Kozhikode: A tanker lorry overturned on Thamarassery ghat road here on Wednesday. Following this, hours of traffic congestion was experienced on the ghat ..

Kasaragod: Two children drowned while swimming in a pond at Cherkkapara in Kasaragod. The deceased were identified as Diljith and Nandagopan. The mishap ..

Thiruvananthapuram: LDF is leading in the byelection to the various local bodies in the state. It has won 24 seats so far. UDF succeeded in 12 seats and ..