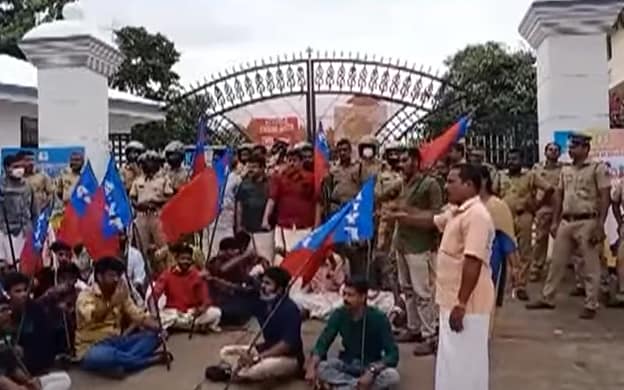 New Delhi: The National Testing Agency (NTA) on Tuesday constituted a fact-finding committee to look into the alleged incident in Kollam where a NEET aspirant was asked to remove her bra.

"It has been brought to the notice of the Ministry of Education through various media reports that an incident allegedly happened in one of the Centres of NEET(UG)- 2022 near Kollam district in Kerala," the ministry said.

Accordingly, a fact-finding committee has been constituted by the NTA to ascertain the facts in detail.

"Further action will be taken based on the report of the fact-finding committee which will visit Kollam," a senior MoE official said.

The father of a 17-year-old girl in Kerala's Kollam district lodged a police complaint on Monday, alleging that his daughter had followed the dress code mentioned in the NEET bulletin which does not state anything about innerwear and she was asked to remove her bra to be allowed to write the exam.