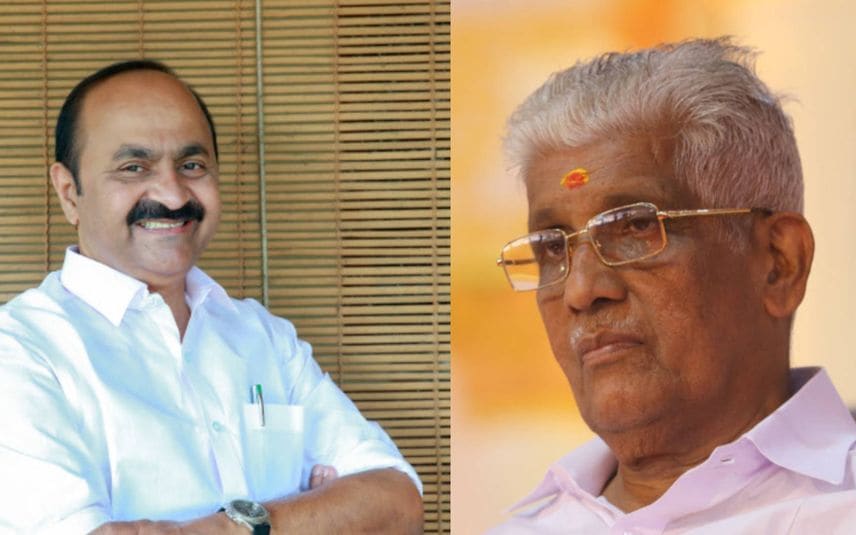 Before the elections, the newly elected opposition leader had visited the NSS headquarters seeking support. But after the election is over, he disowned the organisation, Sukumran Nair criticised V D Satheesan through a release.

As a national party, Congress had always sought support of the religious and community outfits in the country so far. Though such outfits cannot intervene in the internal issues of the party, they have the right to express their opinions as individuals, Sukumaran Nair stated.

Majority of the candidates regardless of their party had visited the NSS and sought support in this election. But NSS did not take stand against any party. Though the opinion made on polling day led to a controversy, it was not against any particular party or front, he added.

The new opposition leader also had visited the NSS headquarters and spent an hour before election. Later, he also requested support of taluk union leaders and Karayogam leaders too. But after being elected to the new post, he forgot everything and made cheap comments, Sukumaran Nair pointed out in the release.