Experience with AIDWA will help me to take up women's issues, says sole woman area secretary of CPM 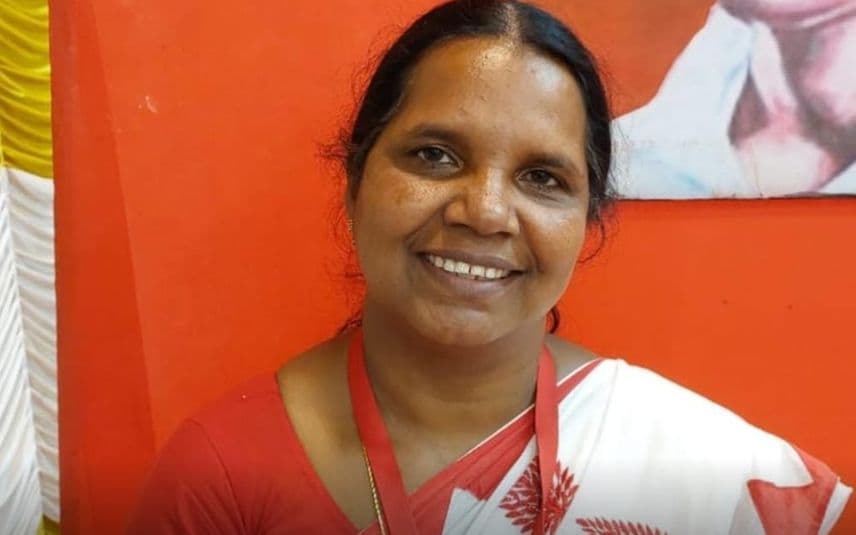 The ruling CPM on Sunday elected the first woman to one of the highly powerful positions - the area committee secretary of a unit of the party in the Wayanad district. To put it in perspective, area secretaries are as powerful as an MLA (if not more). Though there have been several women MLAs from the party, NP Kunjumol is the first elected Area Committee secretary in the history of the party in Kerala.

In the recently concluded branch conferences and local committee conferences, a record number of women were elected to the helm. This is the continuation of the ‘proactive approach' of the party to bring in more women to the forefront of the organisation, feels Kunjumol. Speaking to mathrubhumi.com, the state committee member of the All India Democratic Women's Association, described her journey.

Excerpts from the interview:

Don’t you think you are overqualified for the position? Shouldn’t this have come to you a bit early?

I don’t see it that way. We have plenty of cadres in our party. Most of them are capable of leading the party. This position came to me as we had to divide the Sulthan Bathery area committee into two and the party chose me to lead the newly formed Meenangadi committee. I think only CPM in Kerala can make such moves.

There are plenty of elected women representatives in Kerala. But that is not the case with CPM party leadership. We never heard of Sreemathy or T N Seema taking up secretary positions in AC or district committee. Why is that?

Sreemathy Teacher, Seema and such leaders have sacrificed a lot to reach the positions they are presently in. No need to compare it with my present elevation. It is not easy to be in their position. Besides, leaders are selected based on the situation of that location. I will not say secretaryship is irrelevant. But there is no point in comparing.

You have also been an elected representative. How is this present position different?

As a district panchayat member, I was restricted to ensuring the welfare of the residents of my ward. This is a much bigger responsibility. I have to get involved in different types of issues of the common people and find a holistic solution. I am confident that I can pull it off.

What are your plans for the Meenangadi area?

It does not arise in one day. I have 14 colleagues in my committee and 5 local committees under the AC. We will take up the matters whenever necessary. My duty is to keep everyone together.

Are party programmes women-friendly? How do you plan to attract more women to your party?

Issues like late-night meetings take place only in a few branches at present. With more women representation, that too will end soon. I have enormous experience in working to resolve women's issues. I started as the secretary of the unit committee of the Mahila Association. I was its district secretary a few years ago. Those experiences were rich. I will also focus on spreading pro-women government policies and programmes. I will take up a pro-women stand on social issues.

How did you become a CPM worker?

My husband was a DYFI activist. I too joined DYFI soon after the marriage. And then, I became an active member of the Mahila Association.

You were jailed too?

Yes, it was during the Wayanad Raksha March to the District Collectorate. Around 400 men and 80 women were arrested and jailed. I too was part of the march. Women were taken to Kannur Womens’ Jail as the Wayanad district had no facility to accommodate women prisoners.

Did the state leaders call you after getting elected as the area committee secretary?