Nothing new in Swapna's claims against Kerala CM, says senior official who probed the case

He refused to comment when asked why the CM was not investigated based on Suresh's statement to the Customs. 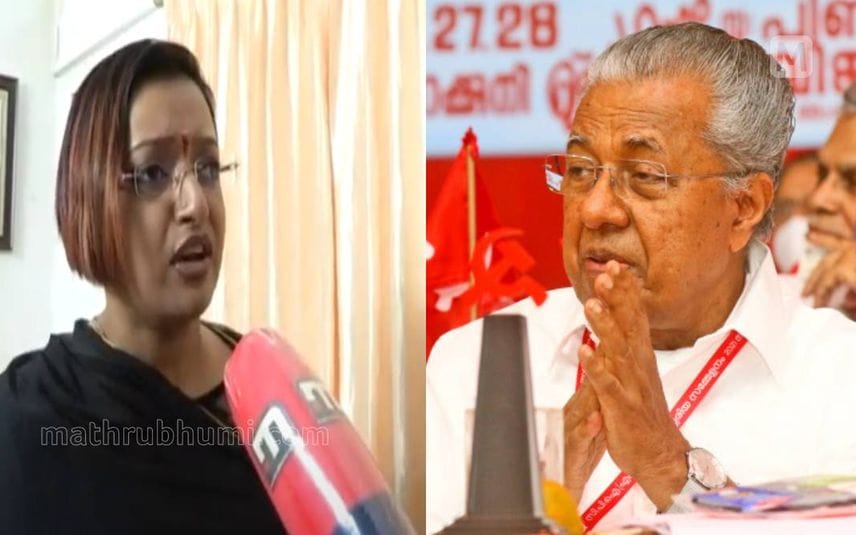 Thiruvananthapuram: There is "nothing new" in key gold smuggling accused Swapna Suresh's allegations about Kerala Chief Minister Pinarayi Vijayan's involvement in connection with certain smuggling cases and it is already part of a public court document, a Central agency official who investigated the case said on Wednesday.

He said the claim by Suresh was part of an affidavit filed by then Customs (Preventive) Commissioner, Kerala, Sumit Kumar, who headed the Customs probe into gold smuggling case, before the Kerala High Court on March 5, 2021.

When contacted, Kumar, who is now Commissioner, GST, Mumbai told PTI over phone that since he is no longer in customs he would not comment on the present state of investigation but said "there is nothing new in this revelation as it is already a part of a public court record."

He refused to comment when asked why the CM was not investigated based on Suresh's statement to the Customs.

Kumar's response came amid a political storm in Kerala over Suresh's claim on Tuesday that she has made a statement under section 164 of Criminal Procedure Code narrating the role of CM, some of his family members and top bureaucrats in various smuggling activities.

Customs had filed the statement before the High Court on March 5, 2021, containing Suresh's "shocking revelations" against the chief minister, then Assembly Speaker P Sreeramakrishnan and some ministers in Vijayan's earlier Cabinet with regard to Dollar 'smuggling' involving UAE consulate officials in Thiruvananthapuram.

In the affidavit filed in the court weeks before the 2021 assembly elections in the state, the Customs had said Suresh made the "revelations" in statements given to the agency under section 108 of the Customs Act and 164 of the CrPC.

"It is submitted that in the 108 statement and 164 statement the first respondent had made shocking revelations about the Hon'ble chief minister, Hon'ble speaker of Kerala Legislative Assembly and some Hon'ble ministers of the state cabinet", the affidavit signed by Kumar had claimed.

Suresh had also alleged that the CM had close connection with a previous senior consular official of UAE in Thiruvananthapuram and gave statements that illegal monetary transactions were carried out.

"She has stated with clarity about smuggling of foreign currency at the instance of the Hon'ble chief minister and the Hon'ble Speaker with the help of the Consulate," the affidavit had claimed.

The dollar case relates to alleged smuggling of USD 1,90,000 (equivalent to Rs 1.30 crore) by a former finance head of the UAE Consulate in Thiruvananthapuram to Muscat in Oman.

Suresh and co-accused Sarith P S in the gold smuggling case were also allegedly involved in the dollar case and had been arrested by the Customs.

In her statements to Customs, Suresh had also claimed she had close connection with the Chief Minister and his principal secretary and a personal staff, the agency's affidavit had said.

Suresh, a former employee of the UAE Consulate here, was taken into custody by the National Investigation Agency (NIA) along with another accused Sandeep Nair from Bengaluru on July 11, 2020.

The NIA, Enforcement Directorate (ED) and Customs conducted separate probe into the racket that was busted with the seizure of gold worth Rs 15 crore from the diplomatic baggage of the UAE Consulate at Thiruvananthapuram airport on July 5, 2020.

Several people, including M Sivasankar, the former Principal Secretary to the Chief Minister and another ex-employee of the UAE Consulate here, Sarith, were arrested in connection with the case.