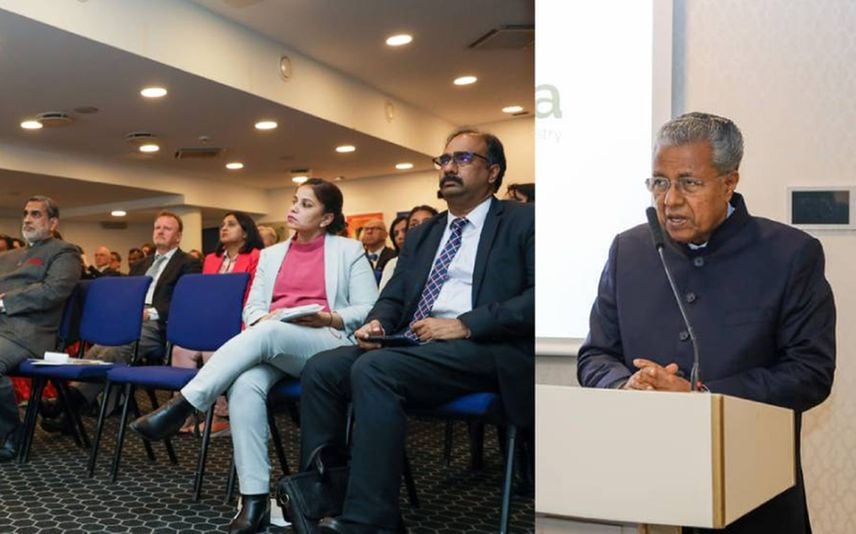 Thiruvananthapuram: The Norwegian Geotechnical Institute (NGI) has expressed interest to join hands with Kerala in the areas of natural disaster management, construction of Wayanad tunnel road and in the prevention of coastal erosion, Chief Minister Pinarayi Vijayan's office said here on Thursday.

Considering the request of Vijayan during a meeting, Dominik Lang, an expert in national hazard management in Norway, assured to send a team of experts from various sectors to the South Indian State, the CMO said here in a statement. The NGI offered the support in a meeting held with a high-level delegation led by Vijayan, his Cabinet colleagues and officials, the statement said. The Indian Railways is already availing itself of NGI technical cooperation in tunnel construction, it said adding that a Norwegian technology to understand the nature of rocks at a depth of 7 km is used in Ladakh. Understanding this, Vijayan indicated that the NGI's technical advice would be helpful in the construction of the tunnel which the Kerala government is planning in Wayanad, it said.

NGI has been successfully implementing the technique of predicting the risk of landslides in various countries and it also has modern and natural solutions for coastal erosion, the CMO explained. NGI has already been collaborating with many government of India's institutions in the country. Explaining the recent natural calamities that had rocked Kerala, the Chief Minister pointed out that the NGI's projects would be helpful for the Indian State. The Norwegian agency stated that it can provide necessary technical advice on flood-mapping as well, it said. Lang made it clear that after the visit of the expert team, a collaboration with universities and research institutions in Kerala can also be considered. A six-member team, comprising Indian-origin technical expert Rajendra Kumar, took part in the meeting and discussion, the CMO added.

The visit to Norway is part of the Europe trip, which would also cover England and Wales, and is envisaged to woo more investments to Kerala to visit IT companies, meet stakeholders in ayurveda and tourism sectors and also to understand the educational models in those countries. The trip is scheduled to be wrapped up by October 12. PTI