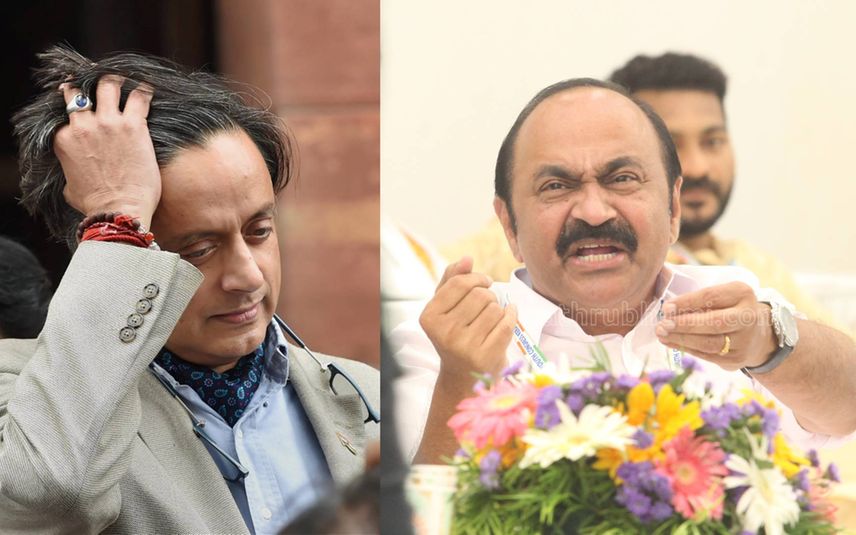 Thiruvananthapuram: Apparently rattled by Congress MP Shashi Tharoor's Malabar tour, Leader of Opposition in the Kerala assembly, V D Satheesan on Tuesday said any kind of sectarianism or parallel activities would not be allowed in the party and warned that such moves would be dealt with "seriously."

The state unit of the Congress is on a comeback path in the state after two consecutive debacles in the Assembly elections and it is not healthy enough to afford any more parallel activities by anyone, Satheesan told reporters here.

His remarks come as a significant section of the Congress party in the state were unhappy with Tharoor's ongoing tour.

Asked about Tharoor's Malabar tour, Satheesan said every leader has a space within the Congress and no one is against it, but the party has its own mechanisms and systems.

"The Congress in Kerala is not at all healthy to afford any more parallel activities...After suffering two drubbings in the assembly polls, the party is on a comeback mode in the state. Everybody's working as a team now. At this time, no one will be allowed to do any parallel activities."

However, the LoP was did not mention any name.

Accusing a section of the media of "peddling stories with an agenda" to weaken the Congress in the southern state, he said the party could not accept this also.

"We cannot accept the agenda of weakening the Congress party even if it is done by any media or social media. If anyone within the party has any role in this, it will be dealt with seriously," he said.

Satheesan also said such false news reports could not destroy leaders like him as they were not "inflated balloons," who could be punctured with a pin prick.

Though mediapersons repeatedly asked whether Tharoor was an "inflated balloon", he declined to comment.

The LoP also indicated that the Thiruvananthapuram MP did not take part in any of the ongoing agitations by the party workers in the state capital, which was Tharoor's constituency.

Tharoor's opponents in the party feel that through his programmes he was trying to position himself as an ideal Chief Ministerial candidate of the Congress-led UDF for the 2026 Assembly polls to end the rule of the CPI(M)-led LDF in the state.