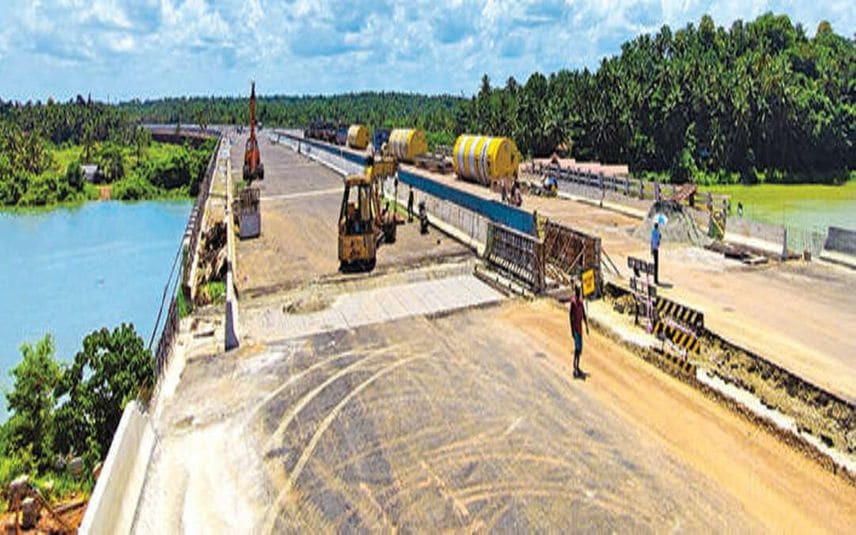 Vadakara: Thalassery- Mahe bypass road which is expected to resolve the bottleneck drive on the Kannur stretch is getting reading for opening. 90 per cent of the construction works have been completed and it has become the first four-lane bypass road in northern Kerala which is in its final phase.

The 18.6 km-long bypass road has been constructed under National Highways Development Project with an estimated cost of Rs 1,300 crore.

The land acquisition process started 40 years ago and the construction work began in 2017. The actual plan was to complete the work within 30 months. However, the work prolonged and was delayed due to floods in 2018 and 2019 and Covid-19 pandemic.

The work has been spearheaded by Ernakulam-based companies EKK Infrastructure and GHV Infra.

The stretch has four long bridges which are passing over the rivers in Mahe, Kuyyali, Dharmadom and Anjarakandy. There are four subways specially for the conveyance of large vehicles and 21 other underpasses for the passage of ordinary vehicles.

The overbridge work of 270 metre stretch near Muzhappilangad is not yet completed as discussions on method of construction is still progressing. Similarly, the construction of railway overbridge near Mahe Railway station, which has been progressing, need to be completed.

The tarring works are almost completed. The work of service roads covering a stretch of 16.17 km is also progressing.

IMD predicts heavy rains in Kerala in next 5 days and isolated torrential ...