No lockdown for liquor; alcohol consumption among Keralites remains high even during COVID crisis 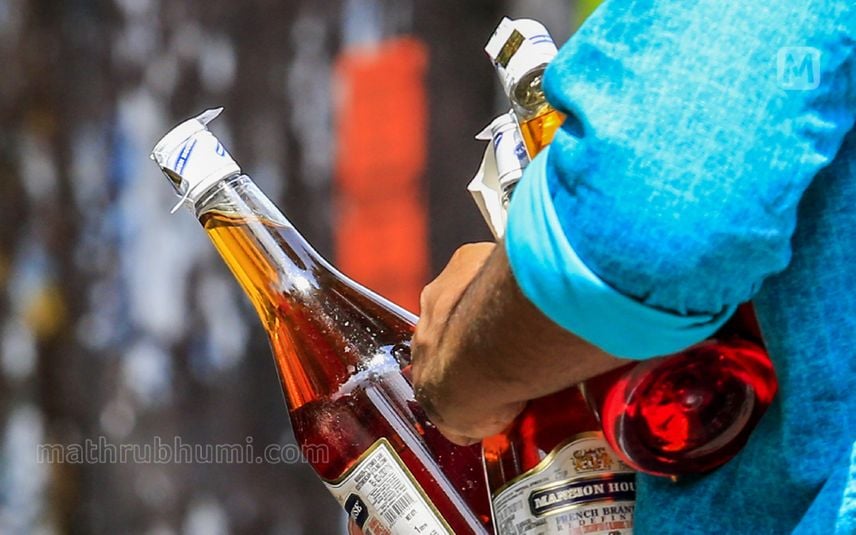 Kochi: Keralites did not reduce their drinking habit even during the COVID crisis, according to statistics. Records show that Keralites consumed liquor worth Rs 10,340 crore from April 2020 to January 2021.

Even after bars remained closed for a long time during lockdown, liquor consumption did not go down. Malayalis had consumed Rs 14,700 crore worth liquor during April 2019-March 2020 when there was no COVID threat.

In 2019-2020, average monthly liquor consumption was Rs 1,225 crore. This dropped to Rs 1,034 crore after COVID outbreak. The information was collected by Ernakulam native M K Haridas, president of the organisation Proper Channel, by filing RTI.

Rs 47,624 crore worth liquor was sold during the tenure of Oommen Chandy-led government from April 2011 to March 2015. When the government completed its tenure, there were only 29 bars in the state. But as per the records till October 2019, a total of 540 bars are functioning here.

After Pinarayi Vijayan’s government came to power, liquor price was increased six times. This was through increasing sales tax thrice and excise duty once. The price for liquor distributors was increased twice.

Pinarayi-led government gave bar license to 200 new hotels. Nine clubs also were allowed permit to supply liquor. Though LDF government claimed in 2016 that they would take effort to decrease liquor consumption, the figures prove it wrong.

Not liquor business, but a means of revenue: KSRTC