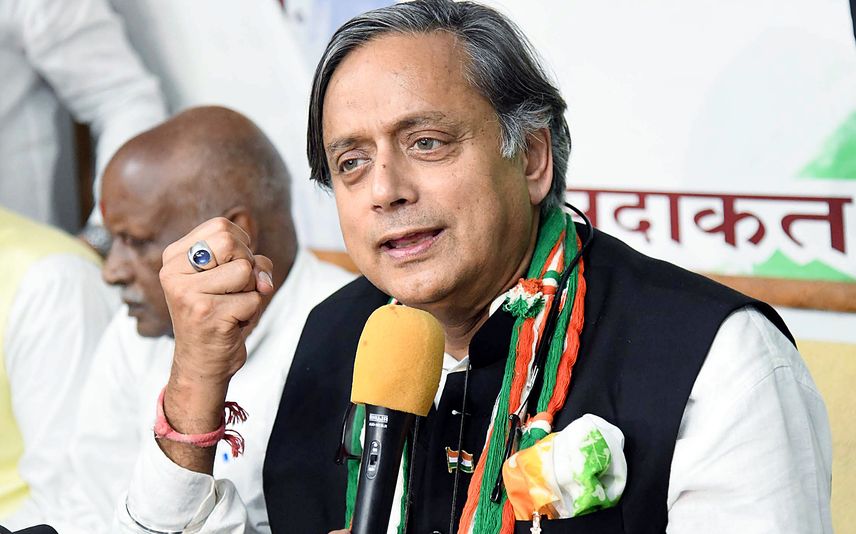 Kottayam: Senior Congres leader Shashi Tharoor stated that he has no clue about the controversies related to his programmes in the state. He noted that he didn’t face such issues while serving as MP for such a long period.

"I have no clue what's happening and my office always gives the information. I have committed to attend and I will attend both meetings and will deliver my speech," said Tharoor.

“ I wonder why there is a controversy over visiting the places where I attended various programmes earlier. You should ask the reason behind the controversies to the people who are behind it. I never triggered any controversy intentionally. I don’t want to comment on this matter or against anyone,” he added.

“ I reached Kottayam for attending KM Chandy remembrance programme. It is not a programme organised by the party. But KM Chandy was a former KPCC president. Let the Congress disciplinary committee chairman and DCC president attend the event on public interest. In the evening, I have to attend an event organised by Youth Congress. When the Youth Congress leaders invited me, I agreed to attend the event,” he added.

He also asserted that he never opposed the party’s policy or directions.

“ Everyone knows my beliefs. I published many books before I entered politics. My mind is like an open book. I have written 24 books so far. I can’t understand why some people are afraid of me,” Tharoor pointed out.

He noted that Youth Congress is an integral part of Congress and he would like to encourage them.

“ Attending an event hosted by Youth Congress would not go against the party rules. In the past 14 years, I never attended any programme without informing the DCC president. It is also a part of politics. My office used to inform my programmes to the concerned party official without any failure,” said Tharoor while reacting to a media person’s question over Thiruvanchoor Radhakrishnan’s remark against him.