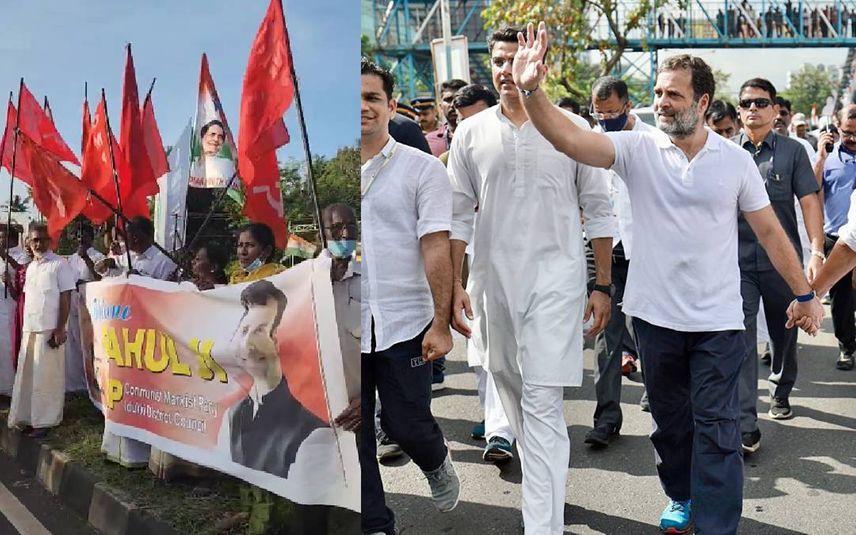 Kozhikode: Congress veteran and a key organiser of the Bharat Jodo Yatra, Jairam Ramesh, shared a tweet claiming that CPM in Kerala has supported the yatra led by Rahul Gandhi.

He retweeted the tweet of a Congress supporter, who shared a video of red flag holding group sloganeering in support of Rahul and the yatra. 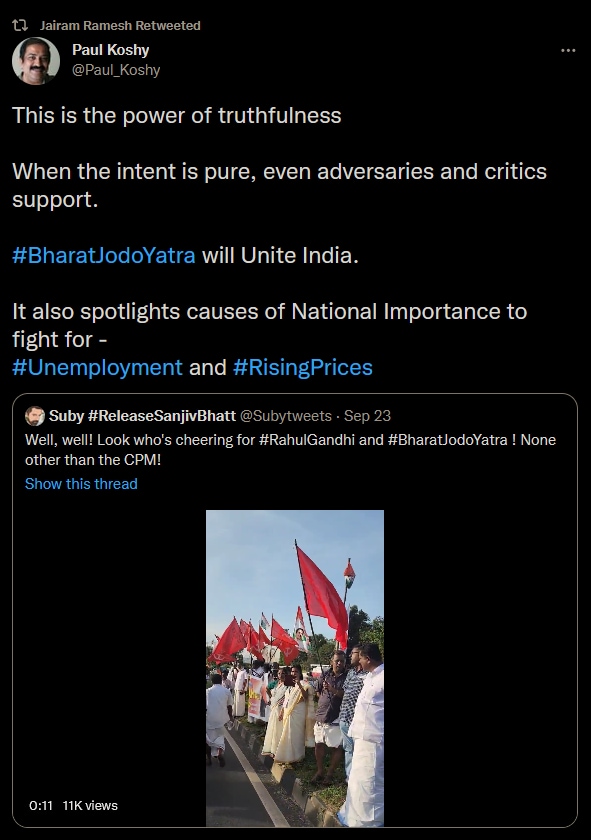 The tweet has been cheered by Congress workers across India. The handle which made the original tweet later clarified that it was CMP and not CPM, in another tweet.

However, the group belongs to Communist Marxist Party (John), a dissident group of ruling CPM. The CMP (John) has been with the Congress-led UDF since its formation in 1986 by MV Raghavan.

Raghavan formed CMP after he was ousted from the party for presenting 'Badal Rekha' (alternate document) and arguing for tie up with IUML. Raghavan was part of several UDF ministries in the past.

In 2014, the organisation was split into two, led by CP John and KR Aravindakshan. Though Aravindakshan died in 2017, his faction is still with the LDF while CP John continued in the UDF.

Though CPM state secretary MV Govindan has said they are not against the yatra, its leaders have slammed Congress for spending 18 days in Kerala and fewer days in states ruled by BJP.