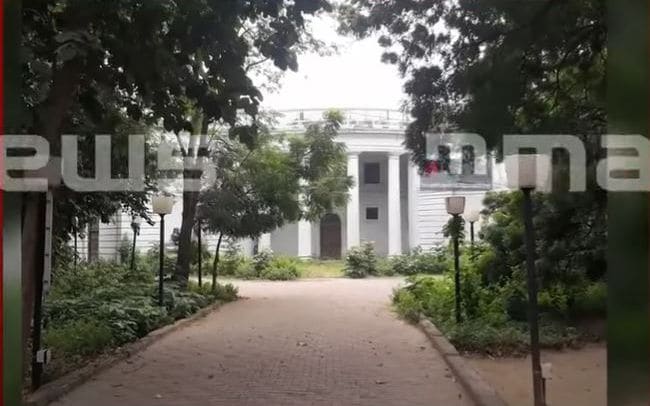 Thiruvananthapuram/New Delhi: A group of persons, reportedly belonging to a branch of the erstwhile Travancore Royal family, has entered into an agreement with a Chennai-based realtor to sell a prime elite property worth a few hundreds of crores of rupees at Lutyens' Delhi, currently in the possession of the Kerala government.

The Travancore House, categorised as a heritage building by the New Delhi Municipal Council, is the former residence of the Maharaja of Travancore in the national capital.

The Bengaluru-based royal family members, claimed to be current legal heirs of a senior Maharani of Travancore, has signed the agreement with a Chennai-based real estate and builders firm to sell the famous Travancore House, the palatial property and 8.195 acres of land in the heart of the national capital, at Kasturba Gandhi Marg, and a property in Bengaluru for Rs 250 crore.

Governor removed as chancellor of Kerala ...

IPL auction set to be held in Kochi on ...

However, the Kowdiar Palace in Thiruvananthapuram where the head of the Travancore Royal family resides said it has no connection with the said deal and asserted nobody had the right to sell it.

A royal family member belonging to the Kowdiar palace said the deal was reportedly signed by the erstwhile Regent Queen's family, a branch of Travancore royal family currently based in Bengaluru and they might have been "misled" by someone to stake claim on the property currently managed by the Kerala government.

He said the Kowdiar Palace has written to the Central government seeking the current title deed position of the Travancore House, spread over 8.195 acres of land at Kasturba Gandhi Marg and the 6.104 acre of Kapurthala plot so that they can claim possession of the property.

No one has the right to sell the property, the Kowdiar Palace member said.

Both the properties are currently in the possession of the Kerala government.

The agreement signed by 17 members of the Bengaluru-based royals and the real estate firm says steps are being taken to secure No Objection Certificate from the Government of Kerala with regard to the 8.195 acres of land, where the Travancore House is located, without disturbing the adjacent extent of 6.05 acres of land which also belonged to the Travancore royal family.

Sources in the Kerala government claimed the prime property in New Delhi belonged to the state but admitted there were some legal as well as documents-related issues with regard to it.

They said the royal family made a claim in 2019 when the state government was making efforts to redevelop the properties as a cultural hub with state-of-the-art facilities. PTI

‘Royal row’: Half ownership of Delhi bungalow, another property in Bengaluru offered for Rs 250 cr