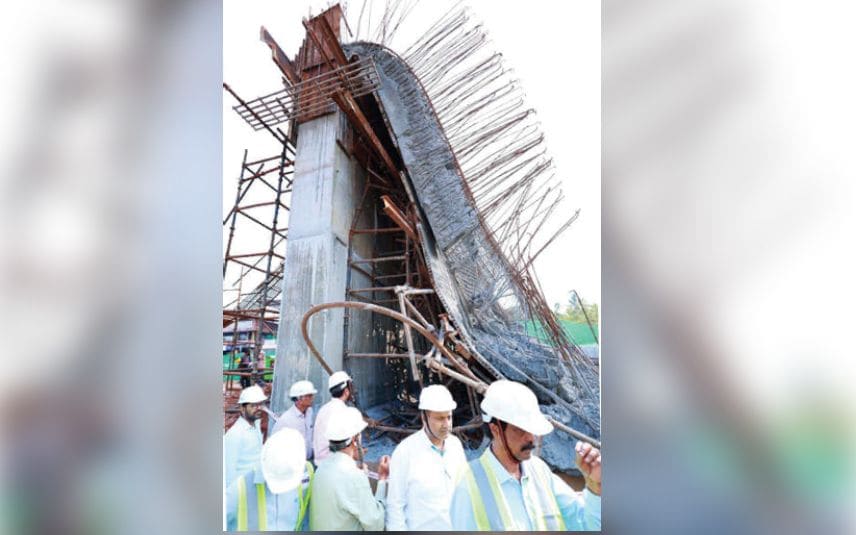 Kasaragod: Scientific experts of the National Institute of Technology (NIT) Surathkal visited the site where a portion of a bridge under construction on the National Highway 66 collapsed in Periya town here. The team arrived in Periya on Tuesday to compile a scientific report on the incident.

Meanwhile, the team will hold a meeting on Wednesday to take further action on the matter. The report will be handed over to the National Highway Authority of India (NHAI).

The accident happened while concrete work was in progress. Three migrant workers were injured in the mishap. It is assumed that the poor concrete support led to the accident.