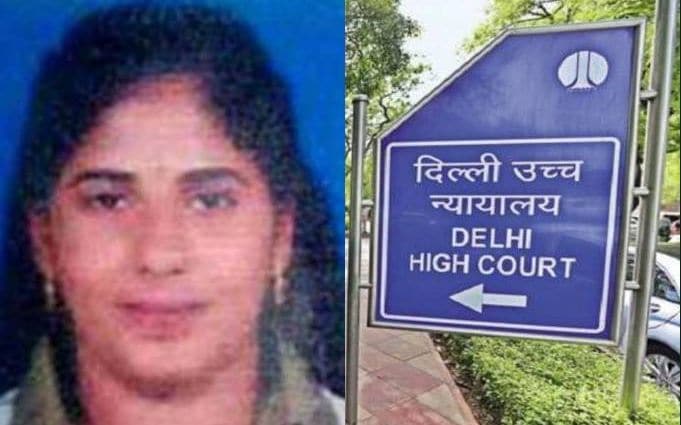 New Delhi: The central government informed Delhi High Court that it cannot directly intervene in the ongoing discussions saving Palakkad native Nimisha Priya who is on death row in Yemen for the murder of a Yemeni national.

However, the Centre assured that it will provide required assistance to Nimisha’s family or any organisations who attempt for talks with the family of the Yemen national murdered by the accused. The Delhi High Court on Tuesday refused to direct the central government to negotiate the payment of blood money to save a Kerala woman.

A bench headed by Acting Chief Justice Vipin Sanghi said there was no merit in the appeal by 'Save Nimisha Priya International Action Council' against the single judge's order asking the Centre to pursue legal remedies against the conviction in Yemen, provide consular assistance and interpreters as well as facilitate the travel of the convict's family, and that no direction can be passed to the government to enter into negotiation with the deceased's family for payment of blood money.

One of the ways to obviate the death penalty would be by offering blood money for the family of the deceased. But lawyer Anurag Ahluwali appeared for the Centre, informed that the government cannot intervene in the discussions over blood money. The matters pertaining diplomatic level cannot be disclosed in the open court, he added. He also stated that the family or any other heading to Yemen for talks will be provided with all support from the government.

Advocate KR Subhash Chandran who appeared for the Save Nimisha Priya International Action Council argued that Nimisha could be saved only if the Union government mediated at the diplomatic level. Notwithstanding this, the division bench, including Acting Chief Justice Vipin Sanghi and Justice Navin Chawla repudiated the petition.

The counsel appearing for the appellant said he did want the central government to get involved in the negotiations but the authorities should extend all “support” to the cause.

“The stand of the appellant is rather confused. He desires that the Union of India should negotiate with the family of the deceased victim to offer blood money. The stand of the Union is clear. No direction can be issued in this regard,” the court said.

The appellant's counsel said the Centre's assistance would be needed for the transfer of funds in case the negotiations for payment of blood money are successful.

The court responded that the appellant “can come back” once that stage is reached.

In the appeal, the appellant sought a direction to the Central government to “facilitate diplomatic interventions as well as negotiations with the family of victim on behalf of Nimisha Priya to save her life by paying blood money in accordance with the law of the land in a time-bound manner”.

In the petition before the single judge, the appellant had said Priya was an Indian nurse working in Yemen and she was convicted in 2020 for the murder of the Yemini national.

It had said Priya was accused of murdering Talal Abdo Mahdi who died in July 2017 after she injected him with sedatives to get her passport that was in his possession.

It had said she injected him with sedatives so that she could take her passport from him while he was unconscious. However, he died of an overdose.

The plea had alleged that Mahdi had forged documents to show that he was married to her and that she was allegedly abused and tortured by Mahdi. Though she appealed against the death penalty but it was rejected, it had said, adding that another chance of appeal before the Supreme Court there still exists but Priya is unlikely to be spared and therefore, her only hope to escape death sentence is if the victim's family accepts blood money.