Onam celebration at Malappuram,TVM schools ends up in street fights 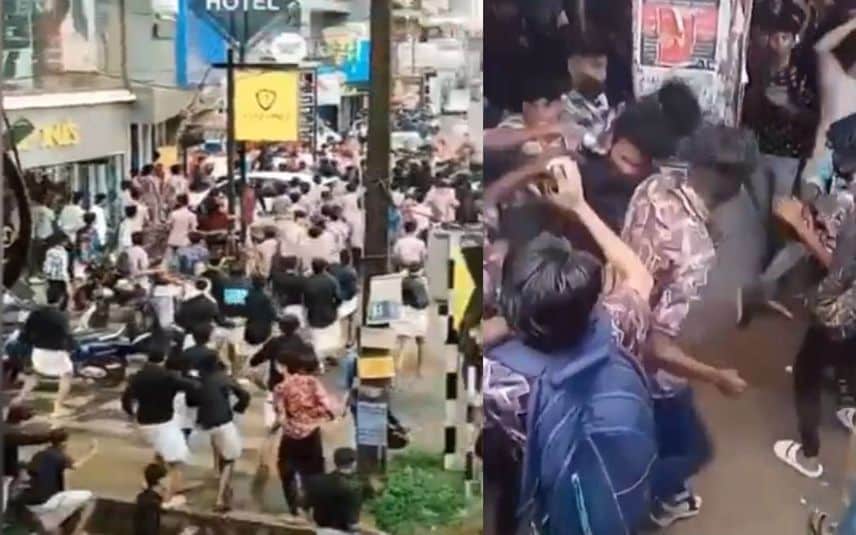 Visuals of clashes happened at Niilambur and Attingal/ Photo: Screenshots from Mathrubhumi News

Kerala: With no north-south divide, Kerala has been witnessing rampant street fights among school students.A ruckus following the Onam celebration at Nilambur’s Manavadevan Higher Secondary School on Saturday is the latest among the incidents reported in the state.

The students took the fight to nearby street and town region. The police resorted to lathi-charge to bring the situation under control. In the incident, a student got injured and police will record his statement.

In Thiruvananthapuram, students in two separate groups fought each other at Attingal private bus stand on the other day.

The members fled the scene by the time police reached the spot. It is learnt that a spat during the Onam celebration led to that street fight too.

However, there is another version that the troublemakers were not school students.

Two days ago Palakkad’s Pattambi too witnessed a street fight among students. The incident happened near the police station.

Meanwhile, visuals of street fights from various parts of Kerala are emerging on social media.