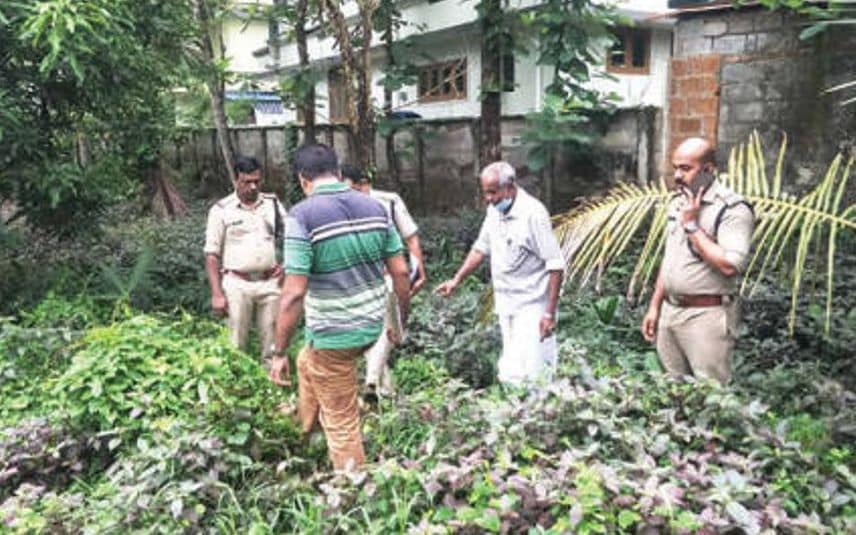 Nilambur: A wooden log was used to chop the body of a traditional healer Shaba Sharif in Nilambur. The CI investigating the case found that the body was placed on a Tamarind tree board which was taken from the backyard of a house near Nilambur railway station. The search was conducted in the presence of accused Noushad.

The Tamarind tree was sold by Radhakrishnan, the house owner, to Ummar, a wood merchant. It is learned that the accused bought the wooden log from him. This happened a day after the murder took place.

Later, the wooden log was used to chop the body of a traditional healer into several pieces. Meanwhile, Noushad will be produced before the court on Monday.

Earlier, the police had collected shreds of evidence from the house of prime accused Shabin Ashraf.

It is learned that police have so far received critical forensic evidence, including bloodstains and hairs, based on the statement given by Noushad.

According to police, this evidence will help the probe team prove it belonged to the murdered traditional healer.

Kannur: The vehicle carrying excise minister MV Govindan met with an accident on Sunday. His car rammed into a road divider damaging the front tyre of ..

Youth drown after falling from rocks at Azhimala beach

Vizhinjam: A youth died after falling off from the rocks on the sea shore at Azhimala here on Sunday.The accident happened at 3.45 in the afternoon when ..

Karipur: Air Customs Intelligence department seized 4.15 kg of gold in compound form and 1 kg of gold that was being smuggled through Kozhikode International ..