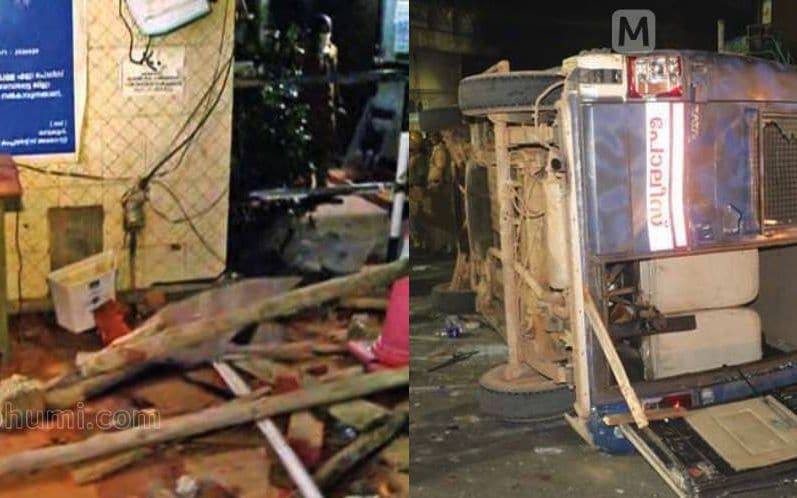 The police station attacked by protesters-The vehicle that was destroyed / Photo: Mathrubhumi

Thiruvananthapuram: A mob of agitators led by the Latin Catholic church revolted against the construction of Adani port in Vizhinjam here on Sunday causing damage to public property.

It is estimated that Adani group has suffered a loss of Rs 200 crore due to protests, while reports also suggest the protest which caused economic losses over damage to public property.

The protestors vandalised the front side of the police station almost completely by hurling stones and striking with sticks. The help desk, CCTV and window panes were destroyed. A police jeep and van were wrecked.

Vizhinjam port: The storm that refuses ...

Tensions seems to be subdued after the conciliatory meeting called by the district administration. The church authorities agreed to disperse the protesters without creating further trouble.

Considering the sensitive situation prevailing in the area, the Kerala government has deployed more police officials from other districts also. Security has been tightened in the Vizhinjam region.