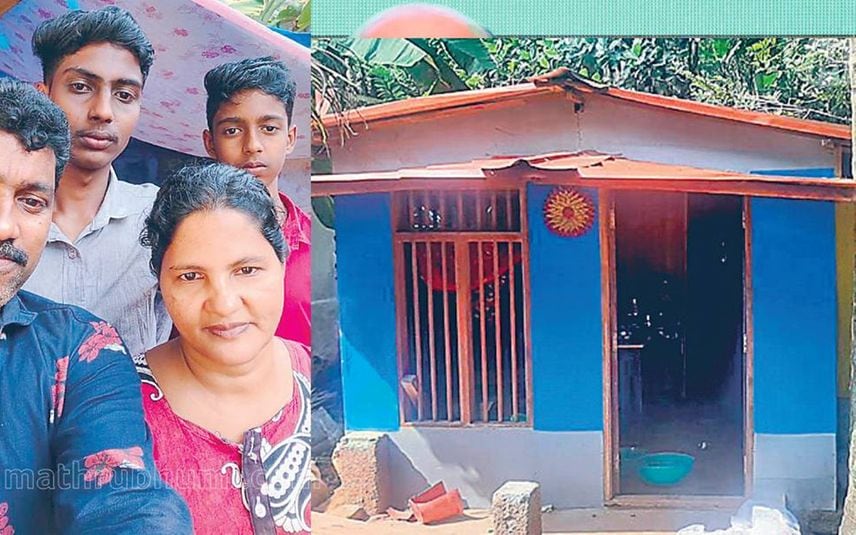 Deceased Rajan and Ambili and their children Rahul and Ranjith (file pic), Rajan's house from which the police tried to evict the family | Photo: Mathrubhumi

Thiruvananthapuram: Though the police chief asked the Rural SP to submit immediately the report in connection with the Neyyattinkara incident, no action was taken. The Rural SP or other responsible officers did not even arrive to record the statement of the children of the victims.

Meanwhile, the police officers claimed that they were doing only their duty and pointed out that nobody is even talking about the officer who suffered burn injuries. Further action will be taken after detailed investigation on the basis of Rajan’s statement.

It is learnt that action will be taken against the police officers only after submitting the primary report to the police chief and seeking advice. The Human Rights Commission asked to submit a report about the incident within 4 weeks.

The Child Rights Commission asked the Rural SP to submit report on the basis of the brutal behaviour towards the children. Neyyattinkara police had charged case against deceased Rajan for attempting suicide and interfering with the duty of police officers.