Though there was police vehicle near when Ranjith collapsed, they did not take him to hospital. Following this, I took him to hospital in my car, said Kodikkunnil Suresh. 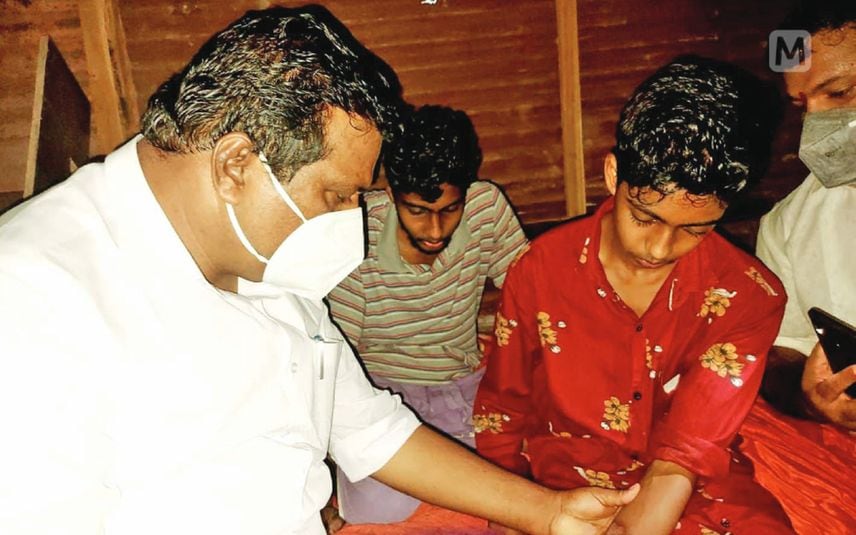 Neyyattinkara: The younger son of the couple who died of burns in Neyyattinkara a few days ago collapsed and MP Kodikkunnil Suresh who was present on the spot took him to Neyyattinkara general hospital in his vehicle.

The incident took place on Wednesday evening. Ranjith, younger son of Rajan and Ambili who succumbed to burn injuries after attempting suicide to avoid eviction procedures, collapsed as he felt breathing trouble.

Though a police vehicle was available, they did not take him to hospital. Following this, I took him to hospital in my car, said Kodikkunnil Suresh. Ranjith was give oxygen at the hospital.

When fire spread all over Rajan and Ambili, Ranjith had tried to extinguish the fire and suffered burns. He had collapsed soon after Ambili’s funeral was held the other day. He was rushed to general hospital.

MP Kodikkunnil Suresh demanded that government should conduct a detailed investigation into the incident in which the couple died amid eviction procedures.