"We quit UDF as part of a battle against corruption. We fully support to the government led by Pinarayi Vijayan." 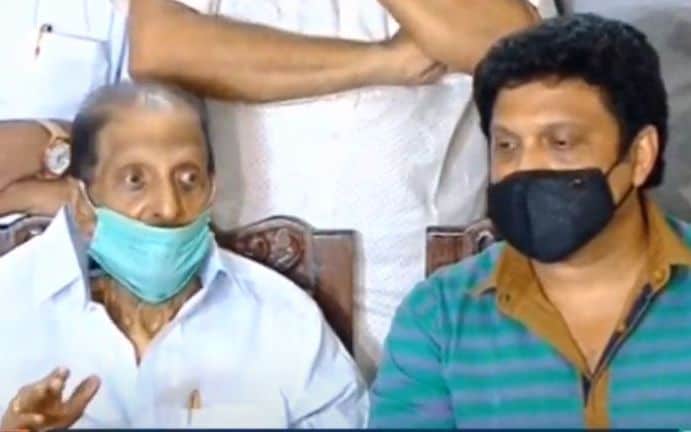 Kollam: Veteran leader R Balakrishna Pillai stated that the news of Kerala Congress (B) headed by him allying with UDF are baseless. He added that both he and his party is fully satisfied with LDF. Balakrishna Pillai's son and MLA Ganesh kumar also dismissed news of holding a secret meeting with UDF which is part of a conspiracy.

"We quit UDF as part of a battle against corruption. We fully support the government led by Pinarayi Vijayan. Pinarayi-led government is a model in COVID resistance activities," Balakrishna Pillai said in a press meet.

"Cooking up these news when local body polls are due is part of a conspiracy. We are moving unitedly in LDF. Those who make news should tell with whom I held meeting," Ganesh Kumar said.

"I had never asked for ministership. But the party chairman was given the position of the chairman of Kerala State Welfare Corporation for Forward Communities with cabinet rank," he added.

"It is really shameful to say that I am joining UDF for cabinet position, because I have abandoned ministership twice. I am not interested in it. M K Muneer had visited father as part of a friendly visit two days ago. No politics was discussed there," Ganesh Kumar said.