IMD to set up 85 new automatic weather stations in Kerala

The data including the speed of the wind, direction, amount of precipitation, atmospheric temperature, pressure, and moisture will be recorded within an interval of every fifteen minutes through the instruments in the weather station. 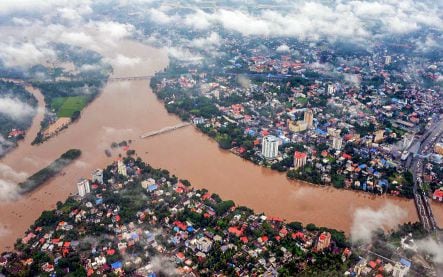 Vadakara: 85 new automatic weather stations will be established in the state to make the weather prediction more accurate as the number of unexpected natural calamities are on the rise. The weather stations will be operated under the India Meteorological Department. It will be capable of collecting proper data regarding the rain, wind and atmospheric temperature within intervals of fifteen minutes.

This aims to achieve accuracy in weather forecasts considering the current changes in weather conditions. The data including the speed of the wind, direction, amount of precipitation, atmospheric temperature, pressure, and moisture will be recorded within an interval of every fifteen minutes through the instruments in the weather station. The data collected at the stations will be forwarded to the Meteorological Department.

The efforts are taken to set up the weather stations in view of the floods within three years, heavy rainfall, and the increase in the number of cyclonic storms in the Arabian sea. The stations will be opened in the hilly regions of Idukki and Wayanad, and also in districts that include the main areas in the Western Ghats taunted by natural calamities.

The state currently has 30 automatic weather stations. Mahe, one of the four districts of the union territory of Puducherry will also get a station.

There are 30 automatic rain gauges in the state. P S Biju, senior scientist at the Meteorological centre in Thiruvananthapuram said that the stations will be established from the first week of December. It is reported that an average amount of Rs 10 lakh will be spent on installing one station. The stations will be equipped to work on solar power entirely.