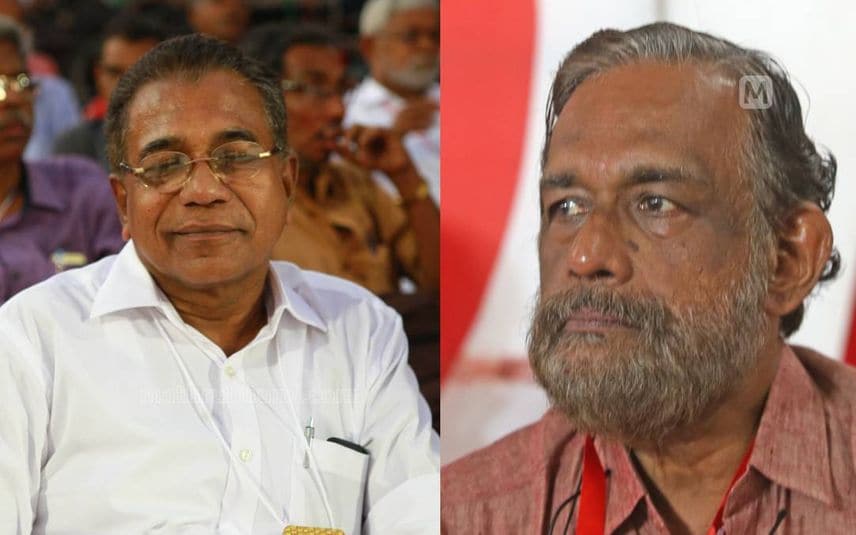 Thiruvananthapuram: With Kanam Rajendran elected as the CPI state secretary for the third consecutive time, changes are likely in the state executive of the party. According to hints, out of the two assistant secretaries, namely K Prakash Babu and Sathyan Mokeri, one is likely to continue in their posts. However, if the commitee decides to set an age limit of 65 years, both of them will have to step down.

If any one of the assistant secretaries step down, then PP Suneer from Malappuram is likely to fill in the vacancy. However, if both members are new faces, then chances are high for Mullakkara Ratnakaran too.

The election of the state executive committee and assistant secretaries will take place after the party congress. Reportedly, the district executive will also be formed only after the congress.

Currently, there are 21 members in the state executive. Of which, two seats fell vacant due to the untimely death of members CA Chandran and T Purushothaman. Some major reshuffles are also in the offing to bring in new faces in the executive.

New members will be brought in by replacing national council member CN Chandran and Sathyan Mokeri, who is a part of the central leadership of Kisan Sabha. Meanwhile, Rajya Sabha MP Santhosh Kumar, TV Balan and minister GR Anil are likely to be selected from Kannur, Kozhikode and Thiruvananthapuram, respectively.

Booking of tourist buses for educational institutions to be regulated: ...