Rahman and Sajitha submit application to get married legally

They submitted the request to get married as per the Special Marriage Act before Nenmara sub-registrar K Sudheer on Wednesday morning. 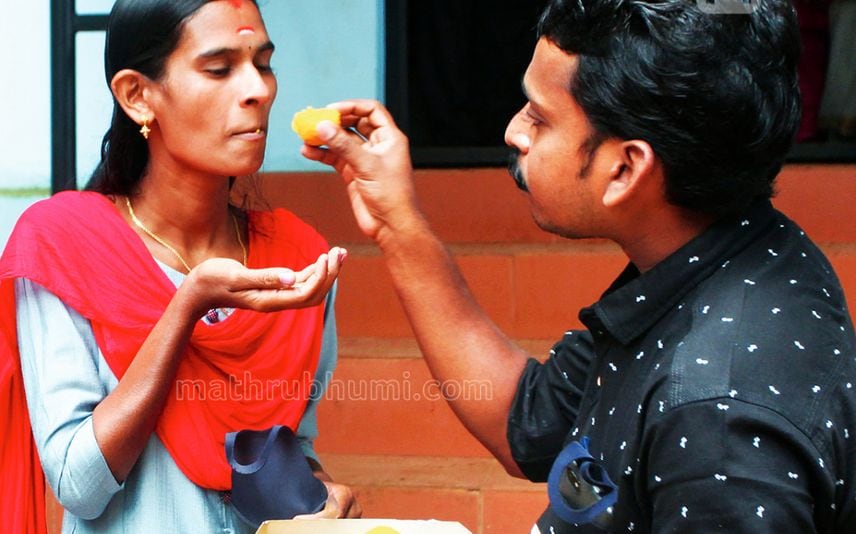 Nenmara: Rahman and Sajitha, the couple who spent 10 years together in a single room, have submitted application to get married as per the Special Marriage Act before Nenmara sub-registrar K Sudheer on Wednesday morning.

They have been living in a rented house at Vithanassery in Palakkad for a few months after their secret life that lasted a decade. Sajitha’s parents Velayudhan and Shantha accompanied them to the sub-registrar’s office.

MLA K Babu welcomed them in front of the office. The arrangements for the wedding was initiated by the Purogamana Kala Sahitya Sangham Kollankodu committee. The marriage will be registered after a fixed period of one month after submitting the application.

Rahman said that he is happy to have submitted the request to get married legally and that he is saddened by his family’s absence. He said that he prays that his family members will eventually change their minds. Sajitha also requested to end all investigations about them and to let them live in peace.

Thiruvananthapuram: The government has ordered a departmental inquiry against police officer M Shabeer for stomping a man with his boots during the anti-SilverLine ..

Thiruvananthapuram: The Food Safety Department has seized 1706.88 kg of rotten and chemical-laced fish under the Operation Matsya drive across the state, ..

Thiruvananthapuram: Union minister of state for external affairs V Muraleedharan asked the state government to interact with the public for resolving ..