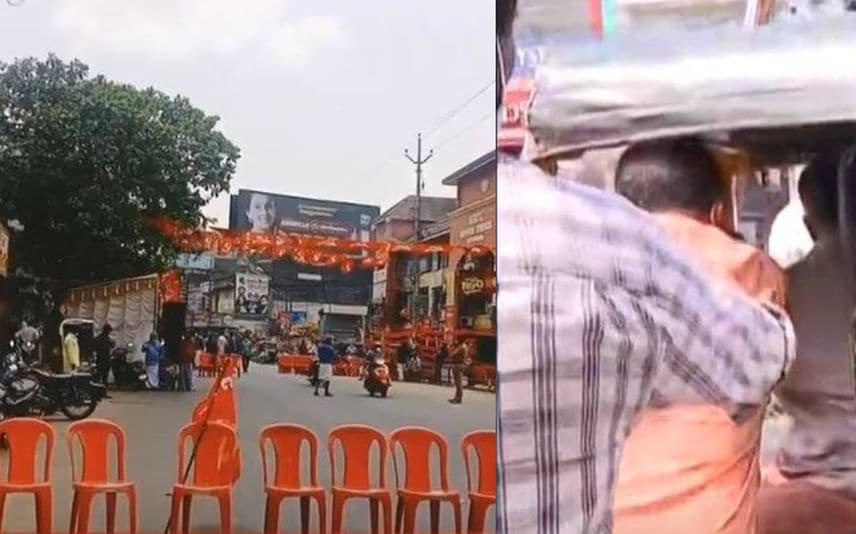 Thiruvananthapuram: The two-day nationwide strike declared by the trade unions triggered clashes in some places in Kerala on Monday. Vehicles were stopped in many locations in the state. After blocking two autorickshaws at Pappanamcode, the protesters assaulted the drivers in the presence of police. One of them suffered head injuries while the other was injured on his shoulder. The passengers in the autorickshaws were forced to leave the vehicles. More police force rushed to the spot to disperse the group of protesters.

The supporters of the strike did not even spare the drivers who told them as they were heading to hospitals. Meanwhile, an open clash broke out between the BJP workers and the strike supporters at Kattakkada. The issue erupted when the protestors placed chairs on the road to block vehicles. A team of police have camped here.

Though the leaders have announced that the private vehicles will not be blocked, a few strike supporters also stopped private vehicles at Pravachambalam and the national highway at Parassala. The shops remain shut all over the state and the trade unions staged demonstrations in many places.

KSRTC has been conducting emergency services with the protection of the police. But it has been hinted that the services will be stopped soon with the surging violence.
The trade unions had announced a nationwide strike to mark their dissent against the anti-people economic policies and anti-worker labour policies of the Central government.