The dog squad’s dog ran to the motor shed when the probe team arrived at the scene which has also piqued the suspicion prevailing over the case. 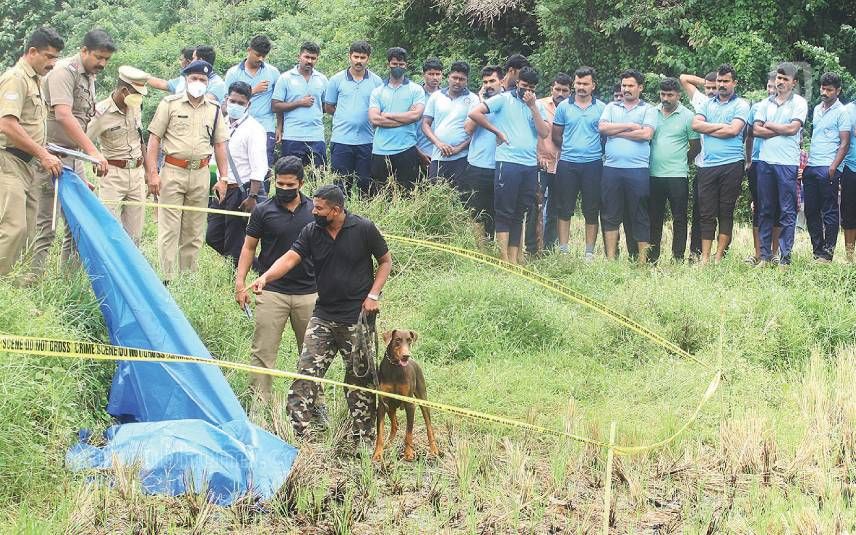 Palakkad: The mystery over the death of two police officers of the KAP 2 Battalion camp in Muttikulangara is thickening. Two policemen were found dead in a paddy field near the police camp on Thursday morning. They had gone missing at around 9.30 pm on Wednesday. The district police chief and other police officers confirmed that the policemen were present in the camp till that time. However, it is not clear how they exited from the camp that is highly secured and ended up dead on the paddy field.

How did the electrocution happen?

A probe was initiated based on the incident. The bodies were found 200 meters away from the camp. It is suspected that they were electrocuted when they entered the field for fishing from the pond near it, the police said. But it is also a troubling fact that the police could not find how they ended up getting electrocuted. Although farmers lay out traps to catch wild pigs that ravage the fields, nothing of that sort was found in this case.

Although there is a motor house in the field, the bodies were found very far from this spot. The bodies were located about 60 meters apart from each other. Electrocution was suspected to be the cause of death as burn marks were reported to be found on the bodies. Police said that as there are no other wounds on the body, the exact cause of death can be ascertained only after detailed forensic examination.

Police said that both men were not on duty on Wednesday. They were found wearing casual clothes. The mobile phone of one of them was found from the spot. A red umbrella was also found. Although rigorous inspection was conducted by the team, no other evidence was found.

Did the traps laid out for pigs trap them?

Police suspect that the traps laid out for pigs could have electrocuted the police officers. Since wild animal attacks are common around the area of Muttikulangara, farmers usually lay out traps on the fields. The police are probing this possibility.

Had they gone for fishing?

District Police Chief R Viswanath said that it is suspected that the policemen may have gone to the nearby pond for fishing. He said that a detailed investigation has been initiated.

The dog squad ran to the motor shed when the probe team arrived at the scene which has also piqued the suspicion prevailing over the case.

CI AC Vipin has been appointed to lead the 12-member special investigation team. Forensic experts arrived at the scene and conducted a detailed inspection.