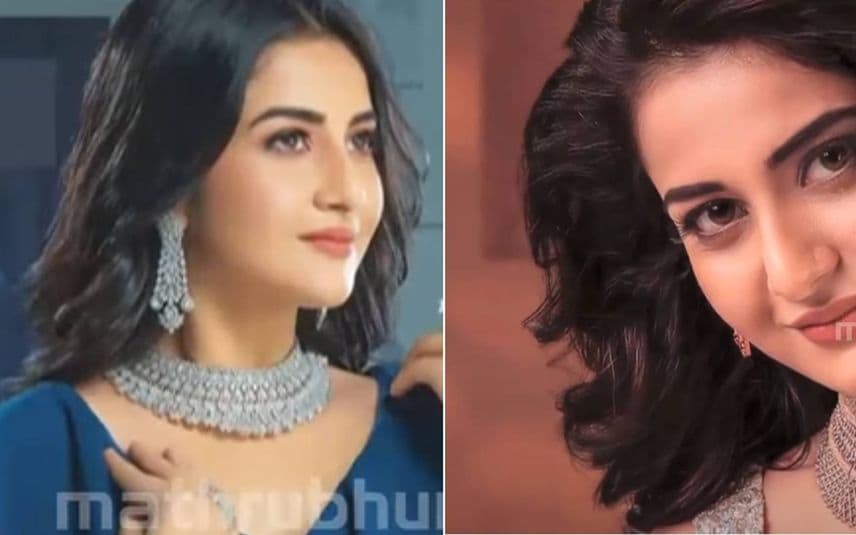 Kozhikode: Mystery is looming over the death of model Shahana, who was found hanging inside her rented house here. According to the locals, Shahana was lying unconscious in the lap of her husband, when they arrived at her house. Sajad contacted his neighbours, and the house owner by claiming that she was unconscious.

However, neighbours alleged that Sajad didn't mention to them that she had hung herself in her room. Only after she was rushed to the hospital, he told the police about the suicide attempt.

According to the house owner Jassar, the couple used to fight each other. "They rented a single bedroom flat two months ago. Fights ensued between them quite too often, even during the odd hours of the day. Even the neighbours have complained about this to me. Following this, I asked them to vacate if they continue to create a nuisance to others. They told me that they would vacate after finding someplace else," Jassar told mathrubhumi.com.

"As Sajad was jobless, the couple used to quarrel over the matter. A fight broke out on Thursday night as well. At around 12.50 AM, the neighbours heard Sajad's calling for help. She was lying in his lap at the time and was not responding. Sajad was also trying to wake up and was unable to disclose what happened," he said.

According to the house owner, she was pronounced dead upon arrival at the hospital.
The flat owner disclosed that he was unaware whether Sajad was a drug addict. However, he pointed out that he had seen cigarette butts lying around the house.

He also claimed that he had once seen many people visiting the house. However, this stopped after he asked them not to accommodate so many people in such a small residence. The neighbours stated that Shahana was not close to them and lived in solitude.

Meanwhile, Sajad's friend Manu said that the couple were in a relationship for four years. "Despite protest from her family, the marriage was finally agreed upon after Shahana insisted. However, they used to quarrel quite often. I went to their house to ease the tension between the two," Manu added.

Manu disclosed that Sajad called him to Kozhikode Medical College on Thursday night. "When asked, he told me that she had done something stupid. He said that there was a fight between them," he added.