Guruvayur MVD has no vehicle of its own, rely on autorickshaws for official duties 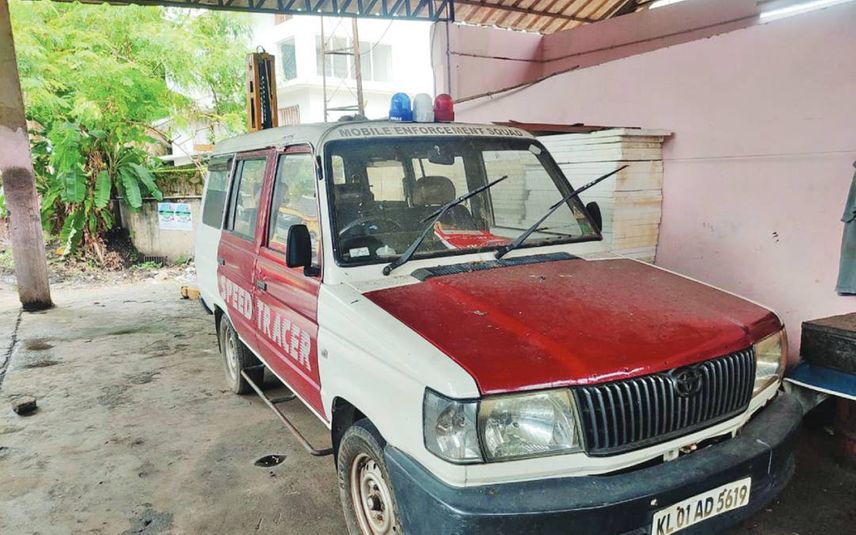 Guruvayur: The Guruvayur Regional Center of the Motor Vehicles Department(MVD) is struggling due to the unavailability of an official vehicle for more than six months. The vehicle that was in use was abandoned in the KSRTC dock after it was damaged. The condition of the vehicle was further deteriorated due to a lack of maintenance.

Due to the absence of a vehicle, the Joint RTO and Vehicle Inspectors had to rely on private vehicles for official duties. Every day the officials had to depend on autorickshaws to travel to the treasury and submit day to day revenue collection. To add more to the woes, the officials were forced to suspend vehicle inspection for the last six months.

According to the law, the vehicle inspection should not be carried out except in an official vehicle. However, the officials continue to take action for traffic violations by means of video recording. The driver, who was hired on a temporary basis has also left after his term has expired. As of now, no new appointments has been made.

Motor vehicle inspectors and staff are hoping to get a new vehicle. The Guruvayur Joint RTO Abdul Rahman said that he has written to the government seeking immediate intervention.