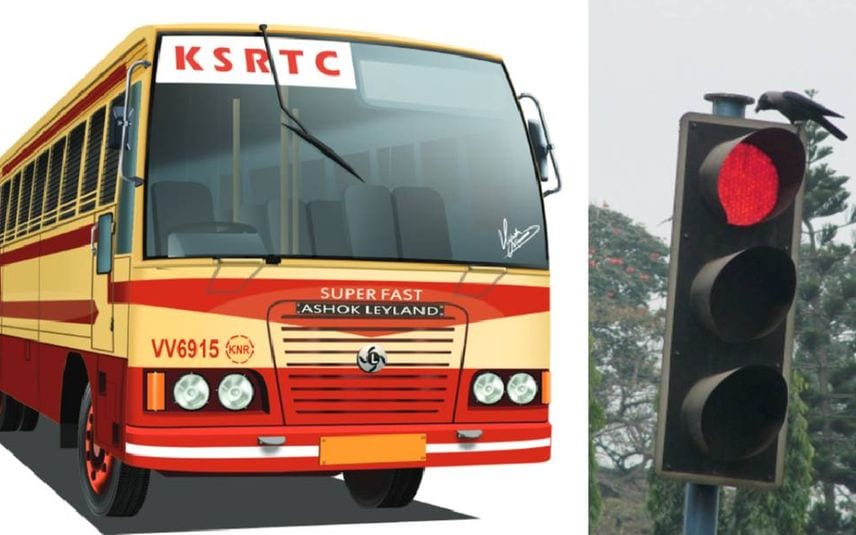 Aluva: The Motor Vehicle Department has decided to temporarily suspend the licence of a KSRTC driver for rash driving by violating the traffic signal at Pulinchode junction in Aluva. The licence will be suspended for 15 days from August 16 to 30.

The incident pertaining to the case happened on April 18 this year. Sunilkumar, who was the driver of Cherthala- Mananthavady KSRTC Superfast stage carriage, drove the bus across the Aluva road from Pulinchode junction and took a right turn to the National Highway for evading the traffic signal. After noticing this, the traffic police showed a red baton indicating to stop the bus. Though the bus stopped, when the assistant inspector of MVD TG Nishanth approached the bus, Sunilkumar drove away with the bus.

Later, the driver was identified in a probe conducted by MVD at Vyttila mobility hub. Sunilkumar was directed to attend a class which will be conducted by the Legal Service Authority in Ernakulam and the enforcement wing of the MVD.