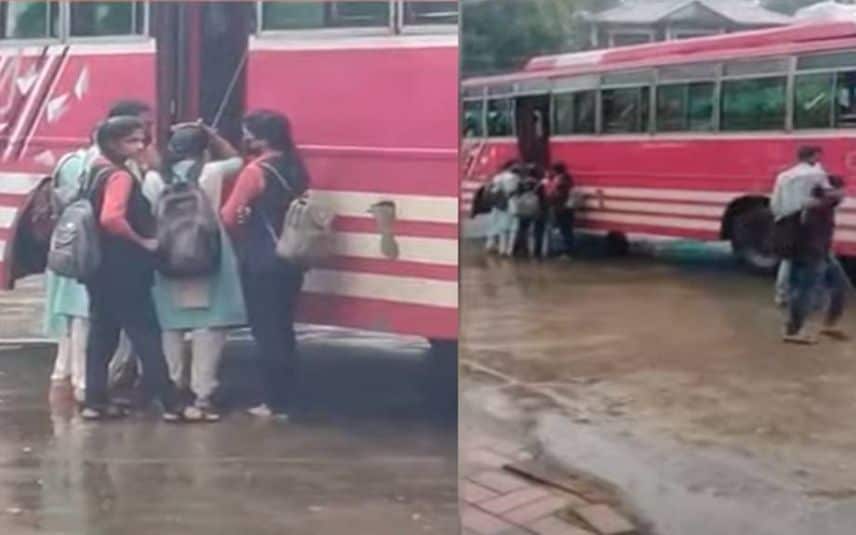 Kannur: Police and the Motor Vehicle Department have taken action against a private bus for forcing the students to stand outside the bus during rains in Thalassery stand here on Wednesday. The incident surfaced when the visuals of it went viral on social media. The students’ union SFI had staged a protest against the bus at Thalassery stand.

Police seized the bus and slapped a fine on the bus operator over the incident.

The bus was released on Friday only after receiving a fine of Rs 9,500. The officials warned the bus staff to never repeat such savage actions.

The students’ unions alleged that the authorities take action only when popular protests rise, though such incidents are frequent here.

It is reported that most of the private buses across the state have been allowing the students to board only seconds before departure. Often, the conductors shower abusive words if the students attempt to sit on a vacant seat. Even if such incidents are frequently reported, the concerned authorities used to take trivial actions.