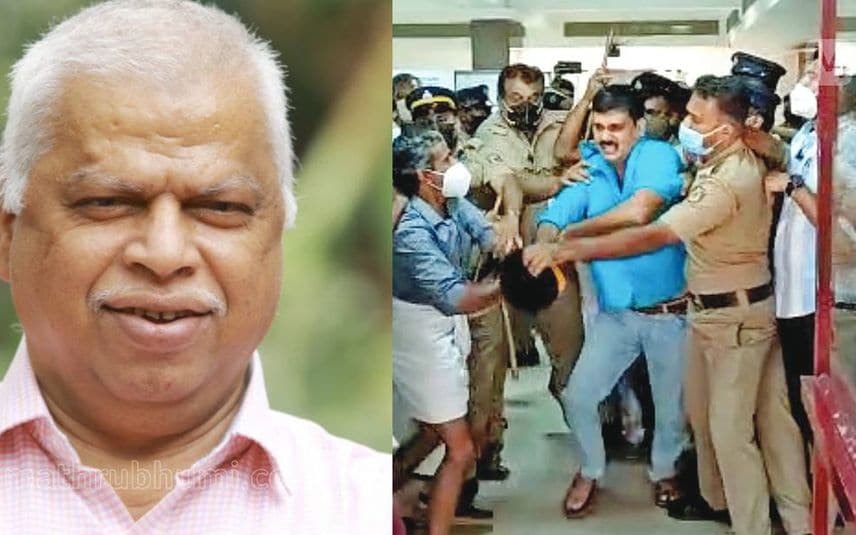 Kannur: CPM district secretary MV Jayarajan on Friday mocked Congress leader Rijil Makkutty. He was talking about the Youth Congress workers who tried to barge into the 'Janasamaksham SilverLine' programme, attended by CPM strongman and minister MV Jayarajan on Thursday. The programme was organised to gather support for the pet project of the state government, SilverLine semi high-speed rail. Youth Congress workers were allegedly manhandled by DYFI workers.

"There is one guy, some Makkutty or 'Pookkutty' (firecracker). He was wearing trousers. Otherwise, he always puts on khadi dress. I told my fellow workers that it is not 'Pookkutty'. Someone showed me his photo on WhatsApp. Then I realised it was Makkutty," he said in a public meeting.

Earlier, Jayarajan had accused that the meeting was disrupted by goons and not protesters. No one will stop democratic protests. But those five people did not come to protest. They came to disrupt the event, he said.

Yechury rejects reports on fissures in CPM over SilverLine project

Kozhikode: A 20-year-old youth was killed after falling into a gorge while travelling through Thamarassery ghat road on a bike. The deceased is identified ..

Palakkad: The district authority has clamped prohibitory orders in Palakkad following the murder of an SDPI activist and an RSS activist. The prohibitory ..

Palakkad: CCTV visuals of the gang who hacked RSS worker Sreenivasan to death have come out. The five-member gang on three bikes reached Sreenivasan’ s ..