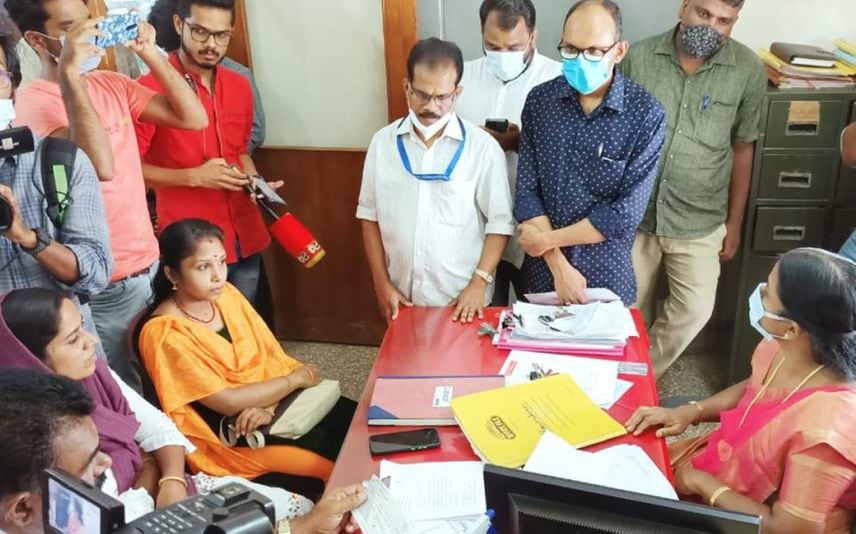 Muvattupuzha: Days after Urban Cooperative Bank attached his property by leaving two kids on road, the house owner named Ajesh handed over the cheque received from MLA Mathew Kuzhalnadan to the bank here on Friday. At the same time, he refused to accept the money raised by CITU to clear his loan arrears.

The property attachment was widely discussed as Ajesh’s children were forcefully evicted from the house when he was admitted to the hospital. Following this, MLA Mathew Kuzhalnadan informed that he will take over the responsibility of clearing the debt.

Meanwhile, the CITU had settled the loan arrears before Ajesh reached the bank with the cheque from the MLA.

When Ajesh and his wife arrived at the bank on Friday, the bank manager informed them that the CITU had paid the amount and the cheque could not be accepted. But the bank authority accepted the cheque as insisted by Ajesh. A cheque of Rs 1,35,586 was handed over to the bank.

They asked the bank to convert the cheque into cash for settling the loan arrears. But as CITU already cleared the arrears, the bank authority was confused that how to accept the cheque over the loan repayment.