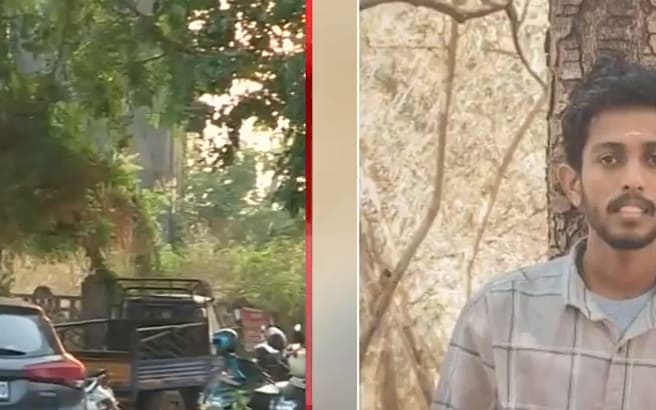 Palakkad: The hartal announced by BJP in three localities of Palakkad over the murder of a Yuva Morcha leader Arun Kumar (28) in Tharoor began on Saturday morning. The autopsy of the deceased will be held at Thrissur Medical College hospital. The activist who was stabbed on March 2 succumbed on March 11.

It is learnt that a rift over the conduct of temple festival escalated and ended in the murder of the activist. However, as the accused is an office-bearer of DYFI, BJP alleged CPM rivalry behind the murder. According to police, there is no political motive in the murder. CPM district secretary also dismissed party's involvement in the murder. Police have arrested six persons in connection with the murder.

The hartal is observed in three localities- Alathoor taluk, Peringottukurissi and Kottayi panchayats from 6AM to 6 PM. Further details will be revealed after the autopsy.

Arun Kumar was stabbed on his chest during a conflict between two groups in connection with a festival at Pazhambalakkad Mariyamman Temple. He was first rushed to hospital in Alathoor. Later he was taken to a hospital in Nenmara. He succumbed while undergoing treatment at ICU.

Meanwhile, the six arrested are Manikantan(56), Krishnadas(23), Jayesh(21), Santhosh(21), Ramesh(23) and Nithin(22). The court remanded the accused. Meanwhile, accused Mithun who is DYFI’s unit secretary in Vadakkepavadi is on the run. According to police, Mithun and deceased Arun Kumar are from the same community and are relatives. The preliminary assumption is that the family feud resulted in the murder and not political rivalry.

The deceased is an employee at a two-wheeler showroom in Wadakkanchery. His family members are Subramanyan(father), Vasanthi(mother), Haridas and Ramesh(siblings).