In many places, elections were delayed due to the clash between political parties. 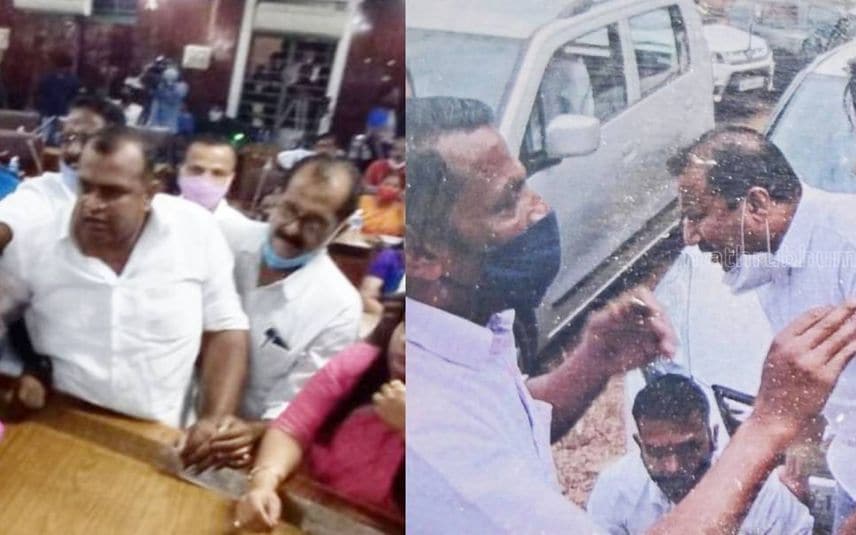 Thiruvananthapuram: Clashes and fights were reported from many places in the state during the chairperson election at Corporations and Municipalities. In many places, elections were delayed due to the clash between political parties.

A group of CPM workers went against the party leadership in connection with the disputes regarding the selection of Alappuzha Municipal chairperson. The workers were provoked when party veteran and CPM area committee member K K Jayamma was overlooked and Soumya Rajan, a one-time councillor, was made the chairperson.

Hundreds of party workers staged protest against the party leadership alleging leaders were bribed to select Soumya Rajan. LDF had snatched Alappuzha Municipality from UDF with a huge majority this time.

As per the agreement within LDF, CPI should have been offered the Vice Chairperson position. However, CPM did not agree to the candidate put forward by CPI. This led to the fight between the allies.

Dispute over time leads to tussle in Kochi

The UDF, on Monday, staged a protest at the Kochi corporation during the selection of deputy mayor demanding not to allow the LDF members, who arrived late, to vote.

A tussle was created over the election getting delayed after LDF members’ late arrival.

Following the ruckus, the election that was slated at 2 pm didn’t start even after 2.30 pm.

UDF members blocked the LDF members who were late for the meeting from signing in the register log. Only those who arrived at the council at 2 pm should be allowed to cast signature and take part in election, they demanded. Though the District Collector who is also the returning officer tried to calm down the members, the situation went out of control. Some of the members tried to snatch away the register book demanding to inspect who all have signed it.

Ruckus was created in Palakkad Municipality after BJP councillor accidentally voted for the wrong candidate during the Municipality chairman election. The returning officer initially claimed that his vote can be accepted as he did not post it in the box. This caused a huge ruckus. UDF and LDF raised their protest against this. BJP demanded that the ballot should be cancelled and fresh vote should be accepted. This was vehemently opposed by UDF and LDF. Following this, Nadeshan’s vote was declared as invalid.

Protest within Muslim League in Kannur